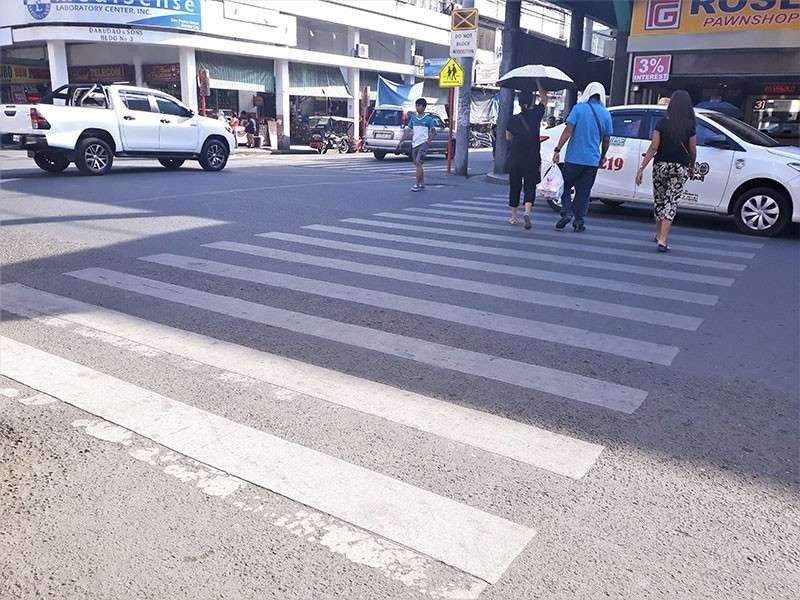 THE Iloilo City Public Safety and Transportation Management Office (PSTMO) has reminded drivers to slow down and watch for pedestrians.

"To all drivers, respect the pedestrian lane. If you had an experience paying for your traffic fines, I know for sure that you are also aware of the importance of pedestrian lanes," PSTMO head Jeck Conlu said.

The couple was using the pedestrian lane to cross the road when they were hit by the fast vehicle.

"Based on the CCTV that I, together with some personnel, have reviewed, it was really a case of reckless driving," Conlu said.

Under Regulation Ordinance 2017-117, the maximum speed for automobiles and motorcycles from the corner of Gen. Luna Street to Sen. Benigno Aquino Jr. Avenue and up to Barangay Ungka, Jaro district is 60 kilometers per hour (kph). For trucks and buses, the speed limit is 50 kph.

Violators will be penalized with P200 and/or imprisonment of one day minimum to two months and one day maximum at the discretion of the court for first offense.

Second offense, a fine of P500 will be imposed, and/or imprisonment of two months and one day minimum at the discretion of the court.

For the third offense, a penalty of P1,000 and/or imprisonment of four months and one day minimum to six months maximum at court’s discretion.

Conlu hoped the ordinance will be fully implemented in order to prevent further road incidents that can result to physical injuries, damage to property, and even death. (PR)