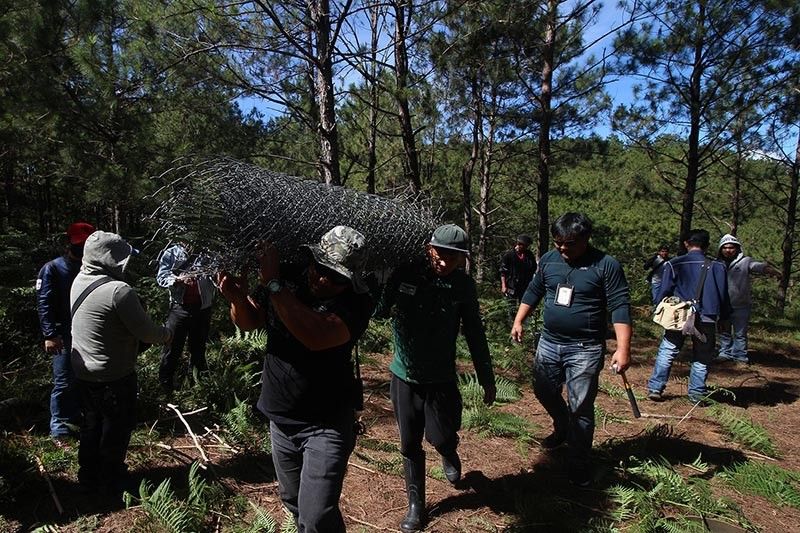 A TOP official of Benguet's capital town solicited the support, participation and cooperation of the public with the preservation of remaining communal forests.

La Trinidad Mayor Romeo Salda, during the 69th Foundation Day of the town, reiterated the importance of communal forests in the preservation of the environment with the increasing number of residents in Benguet's capital town.

"Four communal forest serve as watersheds. We should continue preserving this environment that was left by our forefathers," Salda said.

He said once the forest grows bare, the people will lose their source of water.

"The water district is now looking for source of water. The population of La Trinidad continues to increase but there is a lack of water supply. So we should now help each other preserve these communal forests," Salda added.

The mayor reiterated the local government unit is set to demolish illegal structures in Puguis Communal Forest, one of the communal forests in the town.

More than 10 structures inside the Puguis Communal Forest are up for demolition, as the local government unit has given ultimatum to respondents to voluntarily remove illegal structures before the enforcement of the demolition order.

A demolition advice was earlier served to seven respondents to voluntarily demolish their structures in lieu of the Demolition Order 02-PUG Series of 2019 set to be enforced on June 21 by the Office of the Municipal Engineer, in coordination with the Community Environment and Natural Resources Office (Cenro), Municipal Environment and Natural Resources Office, and La Trinidad Municipal Police Station.

Under the demolition order, the Cenro, under the Department of Environment and Natural Resources, issued several certifications of the illegal structures, while the Office of the Municipal Engineer certified structures with geotagged photographs of the improvements introduced inside the communal forest with the coordinates not covered by building permits.

In the 2015 census of population of Philippine Statistics Authority Cordillera, among the six provinces in the region, Benguet, excluding Baguio City, had the largest population with 446,000.

Benguet is the fastest growing province in the region with an average annual population growth rate of 1.91 percent. The largest in terms of population size is La Trinidad with 129,133 persons, followed by the City of Tabuk in Kalinga and Itogon in Benguet.

Of the 1,176 barangays in Cordillera, Irisan in Baguio City is the largest barangay, followed by Pico in La Trinidad.