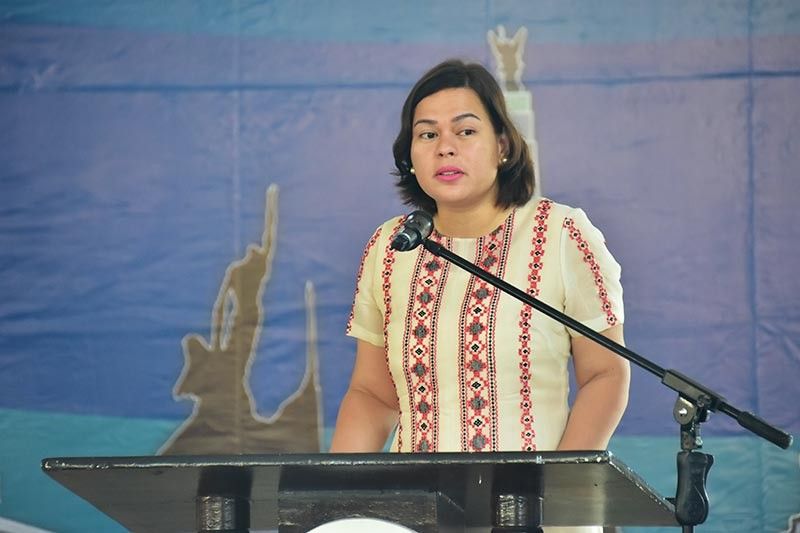 Rappler published a story in 2016, quoting President Duterte as saying that his daughter Sara “went crazy” over the car given by Pastor Apollo Quiboloy to her father. This story resurfaced recently.

Quiboloy, founder of the religious group Kingdom of Jesus Christ, The Name Above Every Name, Inc., gave the former Davao City mayor a Nissan Safari and Ford Expedition.

In the Rappler report, Duterte was quoted as saying that he tried to return the Expedition but her daughter wanted to keep it.

“Binalik ko. Tapos ito si Inday nagwala kasi gusto niya. Eh saan ka magkuha ng pang-gasolina? Para kang buang diyan (I returned it. Then Inday went crazy because she wanted it. Where will you get money for gas? You’re like a fool),” the President said.

Quiboloy and Duterte have been close friends for decades now.

However, Duterte-Carpio, on Monday, denied her father's statement which was quoted by the online news outfit.

"I categorically deny the 2016 Rappler story quoting President Rodrigo Duterte as saying that I 'went crazy' because I wanted the car supposedly given to him by Pastor Apollo Quiboloy," Duterte-Carpio said.

She said she never saw the vehicle given by the pastor.

She also said, "PRRD (her father) may have referred to another person with Inday as a name or he incorrectly remembered events".

Duterte-Carpio said the president's statement may have been another joke.

President Duterte was then a presidential candidate when the artlcle was published on May 23, 2016.

The mayor said the article was a clear "journalistic mishap".

"The problem was it went unchecked and was taken by the media hook, line, and sinker. It was reported as truth," she said.

"It was unfair and injurious to me as someone named in the article, something which would have been avoided had the writer conducted a simple process of verification," she added.

As of the writing, the mayor did not mention why it took her two years to react to the article.

Rappler has not yet responded to the mayor’s statement.