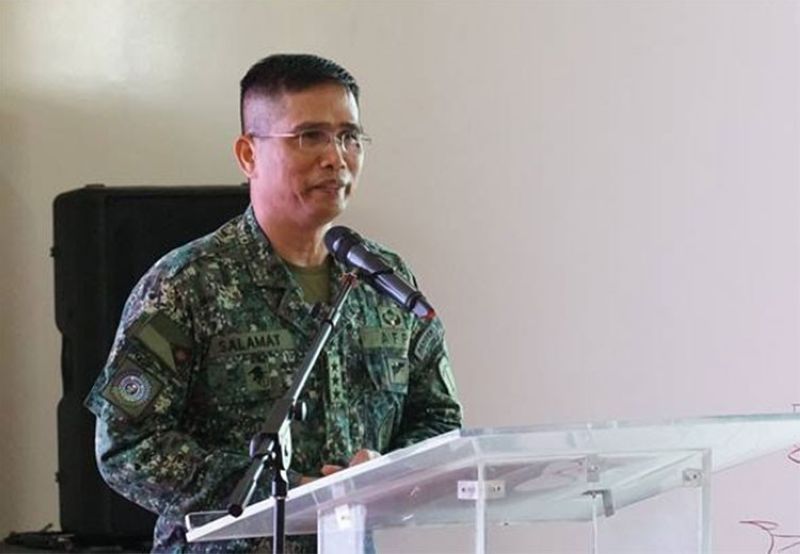 Duterte made the disclosure in a speech delivered during the 121st Philippine Navy Anniversary in Cavite City.

The President said he wants Salamat to replace MWSS administrator Ricardo "Dick" Morales, who is a retired Army general.

"I've been looking for Salamat. Is he here?" Duterte said.

"Kailan ka mag-retire (When are you going to retire), sir? July 1? Next month. Kung papayag si Dick Morales, si Dick, i-move out ko sa MWSS, ikaw ang ilagay ko (If Dick would allow it, I would move Dick out of MWSS, and I will assign you there)," he added.

Salamat, commander of military's North Luzon Command, is set to retire on July 15.

Meantime, Morales was appointed by Duterte as MWSS administrator just on May 27.

Based on Morales's appointment paper, his stint at the MWSS would end on June 30 this year.

In his speech, Duterte once again defended his "militarization of government," stressing that such move is his way of preventing corruption in government.

"At least, mautusan ko kayo (I can give orders to you," he said. "We can do everything that is right and correct for the people." (SunStar Philippines)