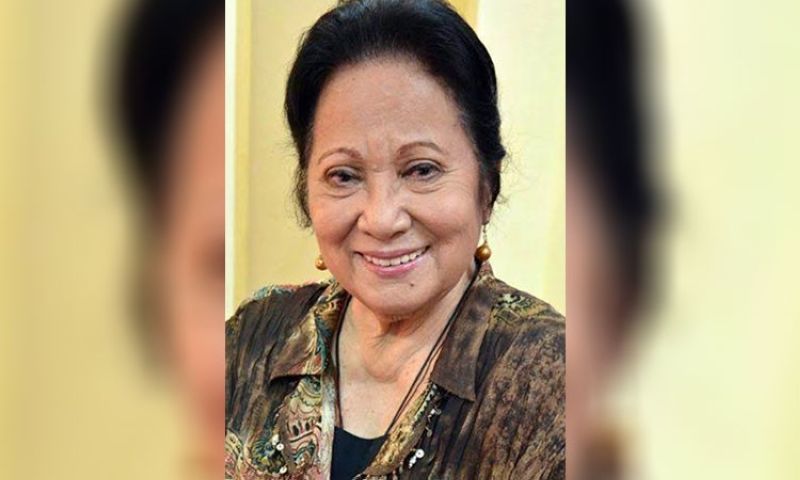 The tribute will be held on June 18 at the UPFI Film Center.

With an impressive body of work encompassing over seven decades, Sevilla is widely-regarded as the Queen of Visayan Movies. She was only 14 when she was discovered after winning a high school oratorical contest at the University of the Visayas in Cebu City. She was introduced as the titular Muslim royalty in the movie Prinsesa Tinana in 1951 opposite her future husband, Mat Ranillo Jr.

"I just feel happy and complete when I'm acting in front of the camera," said Sevilla, who is also a long-time board member of the Movie and Television Review and Classification Board (MTRCB). "I'm truly grateful to Urian for this lifetime achievement tribute which I will cherish until my last breath."

The prestigious recognition came on the heels of the 50th anniversary of Sevilla's celebrated classic Visayan drama, Badlis sa Kinabuhi, which gave the actress her second best actress trophy after it was released in April 1969.

Badlis was the first Visayan film to screen at the Berlin and Moscow International film festivals in 1971 and which Sevilla both graced.

The only surviving flick out of the dozens produced by Sevilla, Badlis sa Kinabuhi was recently restored after a copy was found by Sevilla's son, Junius, under the rubble of a gutted LVN Studio warehouse, according to her daughter Suzette Ranillo, herself a film and TV actress and director.

She even scored an international plum last year as best supporting actress at the Philaldelphia (USA) Independent Film Festival for Maestra.

She has two indie film dramas coming out this year (Pagbalik and Tropang Potchi), and a new drama series with ABS-CBN.

Following the death of her first husband in a plane crash, Sevilla later married fellow actor Amado Cortez, who was a Philippine ambassador at the time of his death. Sevilla has six children from first marriage -- Lilibeth, Mat Ranillo III, Suzette, Jonathan, Dandin, and Junius. She and Amado has a daughter, Czareanah. (PR)