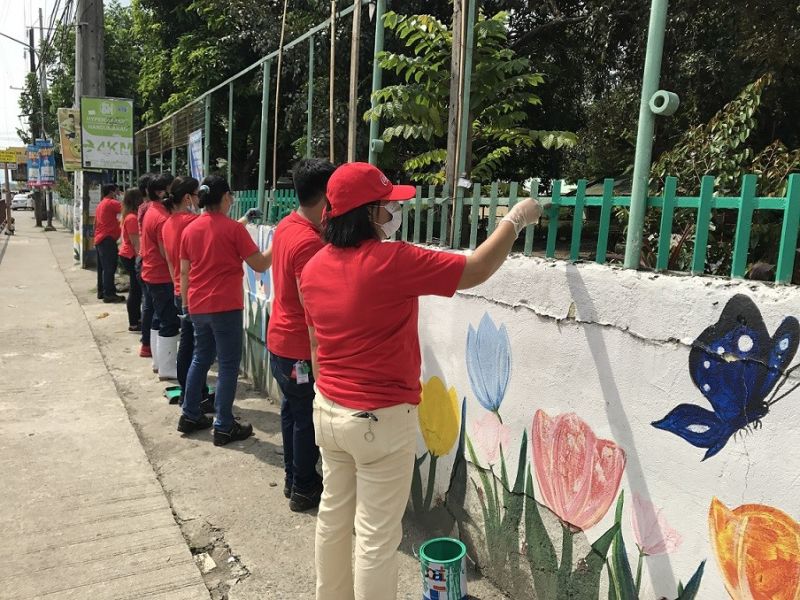 ASSOCIATES of Coca-Cola Beverages Philippines Inc. (CCBPI)-Bacolod have again volunteered in the recent Brigada Eskwela program of the Department of Education in Bacolod City.

Since 2014, the group has been helping repair and prepare public elementary and high school classrooms and other facilities, making them ready for students before the opening of classes.

For this year, over 50 associates joined the Brigada Eskwela at Antonio L. Jayme Elementary School in Barangay Mansilingan, Bacolod City.

They volunteered to clean and paint the school facilities including the main gate, entrance pathway, and façade.

Plant manager Bernard Engada, in a statement, said Coca-Cola has been in Bacolod City for more than 70 years now, and it has always been helping to take care of the community that it considered called home.

Engada said that with volunteerism as a fundamental part of their culture in Coca-Cola, they actively involve themselves with various endeavors like Brigada Eskwela.

“We are always looking forward to activities that give us opportunities to show our support for Bacolod,” he said, adding that “we are proud that community engagement programs enabling us to do sustainability initiatives, like Brigada Eskwela, are integral part of who we are as Coca-Cola.”

For the company’s Brigada Eskwela participation this year, Coca-Cola hopes that it has able to help over 2,900 students in Bacolod City by letting them enjoy a more conducive environment for learning.

Moreover, CCBPI associates nationwide actively volunteered their time and resources to positively contribute to programs and projects on education, health, and livelihood, and environment conservation.

Coca-Cola ensures that it leaves a lasting positive impact in its host communities as it works toward continuously strengthening partnerships with all stakeholders through environmentally and socially-conscious policies, the company said. (PR)