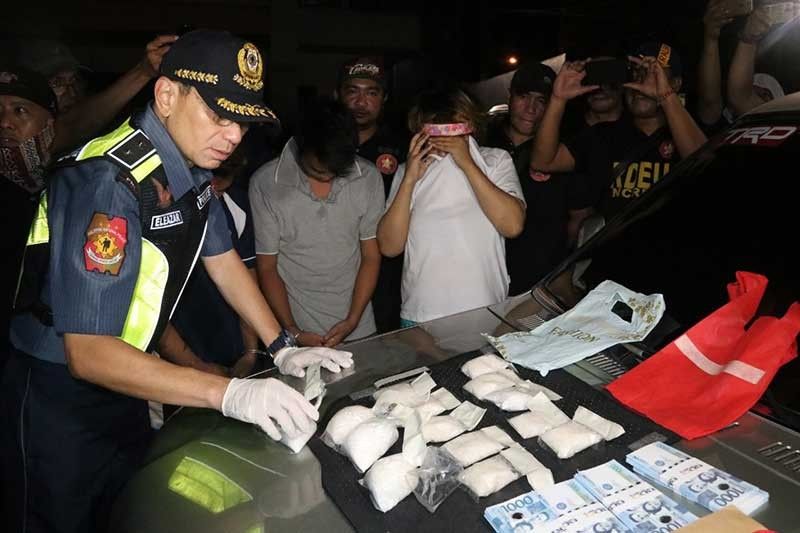 THREE alleged members of an illegal drug syndicate were arrested while a kilo of shabu worth P6.8 million were seized in a drug bust in Mandaluyong City on Monday evening, June 17, 2019.

Arrested were Raihana Pontino, 37, vendor; Aliola Sultan, 24, jobless; and Jassir Panggaga, 23 vendor, all natives of Marawi City, Lanao del Sur. They are allegedly part of a syndicate linked to the infamous Ahmin Buratong.

Complaints of violation of the Comprehensive Dangerous Drugs Act of 2012 are being prepared for filing in court against the suspects, said Major General Guillermo Eleazar, National Capital Region Police Office (NCRPO) director.

He said the suspects eluded arrest earlier but finally fell in the hands of the authorities following the “perpetual intelligence build up and successful buy bust operation.”

Eleazar said Pontino was arrested earlier for illegal possession of illegal drugs but was able to post bail.