BACOLOD. The facade of the Atty. Simplicio A. Palanca seaport terminal. (Contributed photo) 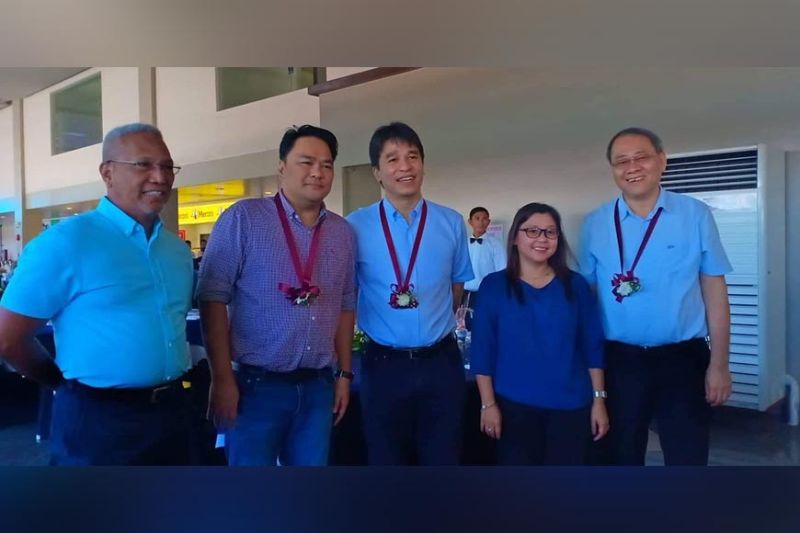 THE Bacolod Real Estate Development Corporation (Bredco) inaugurated the Atty. Simplicio A. Palanca Seaport Terminal in time of the 81st Charter Day anniversary of the City of Bacolod on June 18.

The modern seaport terminal will provide comfort to thousands of travelers who come to the City of Bacolod and go to their desired destination and vice versa.

The new seaport terminal was named after Bredco chairman of the Board Atty. Simplicio A. Palanca who started all these facilities because of his vision.

Thousands of people are using the port facilities everyday, thus the younger generation of Bredco officials led by its president John Alonte made sure that the establishment of this modern seaport terminal will truly serve the passengers.

The new seaport terminal is fully air-conditioned with an X-ray scanner for the passengers. There are food stores available inside. The comfort of the passengers truly matter to Bredco management.

All these infrastructure developments started with a vision from the old man by the sea who is fondly called by many as Uncle Sam.

Bacolod City was able to own the port because of lawyer Palanca’s vision, hard work, commitment and determination, starting from his younger years in the 1960s up to the time he gracefully aged. The old man is now 96.

He was among the visionaries of this city and Negros Occidental where the establishment of this port, named after the City of Bacolod, had so many difficult challenges, but the old man has hurdled them all.

When he was still active, he was always at his small office, scribbling on so many project plans and perspective on how he can harmonize and realize his plan to reclaim the 250 hectares of the sea of Bacolod.

The city has enjoyed its 10 percent share from the reclaimed properties including the collection of the annual port and regulatory fees and the job opportunities for its residents.

Guests from the business circle, family and friends gathered to witness the inauguration of the new seaport facility.

Alonte said, “This is all because of the vision of Uncle Sam. Through his hard work, initiative and a lot of sweat, he came up with the foundation of the BREDCO port. But now that he is 96, all his development plans were put to a stop and we found ourselves a strategic investor, a good friend of mine Mr. Lucio Co who gave us the opportunity to expand our development further. These two persons Uncle Sam and Mr. Co were instrumental in making us realize these developments here at Bredco port. I also would like to thank my Bredco family for putting up this event and I am in fact impressed by it. Hopefully, we will have more developments here at Bredco to celebrate in the years to come.”