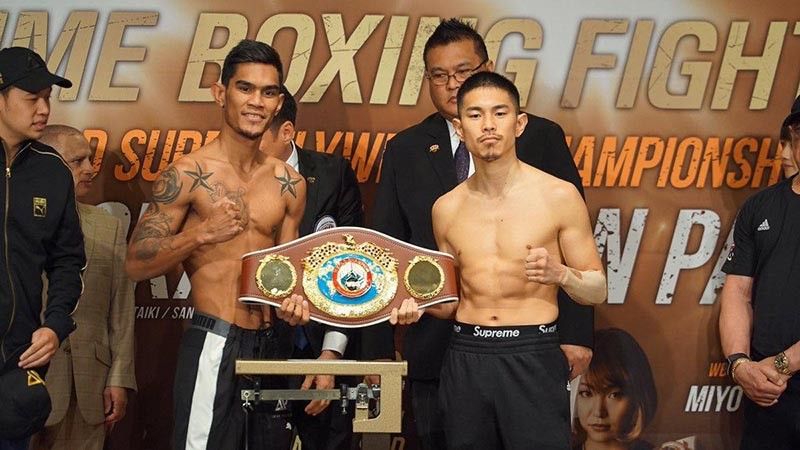 ASTON Palicte will leave nothing to chance when he guns for a knockout against former world champion Kazuto Ioka for the vacant World Boxing Organization (WBO) super flyweight title fight on Wednesday, June 19, 2019, at the Makuhari Messe in Chiba, Japan.

The first time the 28-year-old Palicte fought for a world title, the fight ended in a split draw with Filipino superstar Donnie Nietes last year. Many believed Nietes won that fight.

Mayol believes that Ioka is a good fit for the No. 1 rated Palicte because of his style.

“Ioka has a defensive style and relies on his right straight. It’s a style that Palicte wants. This will be a very good fight for Palicte,” he said.

After his controversial draw with Nietes, Palicte earned a shot at the vacant WBO title after a second round knockout of previously unbeaten Jose Martinez last Jan. 31 in Alpine, California.

Ioka, who is ranked No. 2 in the WBO, is coming off a split decision loss to Nietes for the vacant WBO super flyweight strap.

Nietes vacated the WBO super flyweight belt after deciding to target the bigger fish in his weight division in the likes of Juan Francisco Estrada, Srisaket Sor Rungvisai and Roman Gonzalez.

Nietes vacating the belt paved the way for a fight between Palicte and Loka.