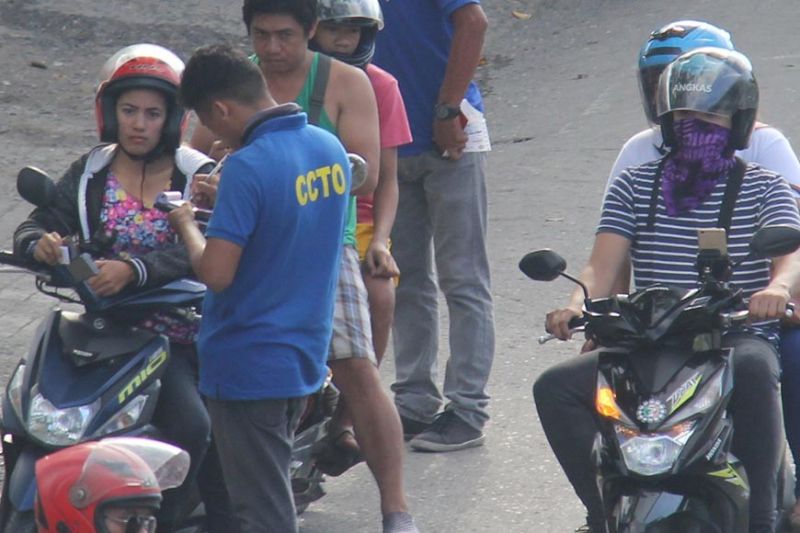 WHEN Edgardo Labella assumes the mayorship on June 30, he need not order the release of the motorcycles that have been impounded for counterflowing.

These have all been claimed by and released to their owners, Cebu City Transportation Office (CCTO) Chief Francisco Ouano said Tuesday, June 18, 2019.

Ouano said not one motorcyle impounded for counterflowing remains at the impounding area.

The ones remaining at the impounding area have been seized for offenses not related to counterflowing, he said.

Ouano said his men stopped the implementation of Executive Order 34 issued by Mayor Tomas Osmeña on Feb. 2, 2018, that effected the arrest of drivers who counterflow and the seizure of their vehicles.

Most of the arrests were of motorcycle drivers.

Their motorcycles were seized and impounded and the owners or drivers could only claim their vehicles back after 30 days and paying a fine of P1,000.

Ouano said since CCTO strictly implemented EO 34, there had been fewer infractions committed.

The CCTO had seized and impounded not fewer than 8,000 motorcycles and other types of vehicles for counterflowing.

Labella had made it a campaign promise to release to their owners the motorcycles and other vehicles impounded for counterflowing. He said EO 34 disfavored the poor because they are left without means to carry out their daily tasks and livelihood.

Labella had said he expects drivers to still follow the road safety laws and be meted sanctions appropriate to their offenses.

He said, however, that he would have the penalty of impounding removed. (PAC, MPS)