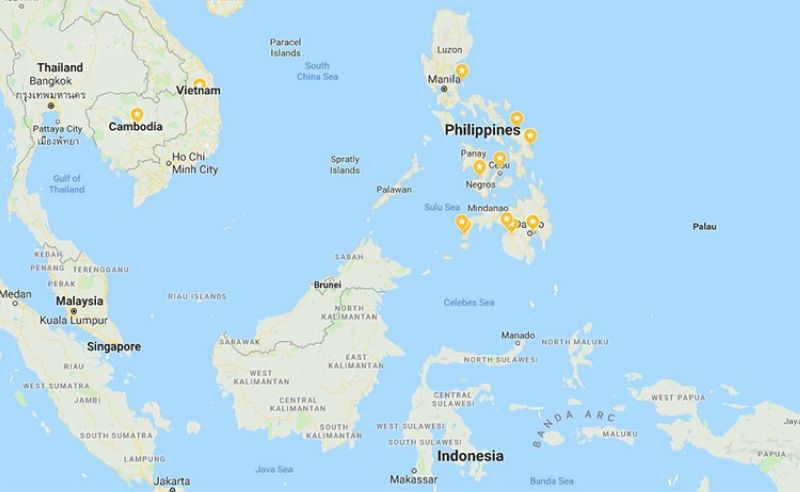 The kidnapping, which came after a six-month lull of such activities, renewed concerns about security threats in Malaysia's Sabah state, which is a short boat ride from the southern Philippine bases of Muslim bandits and kidnapping gangs.

It urged vessels plying the area to be watchful.

A Malaysian official helping to monitor terrorism incidents said Abu Sayyaf bandits are the prime suspects. The official, who declined to be named as he isn't authorized to speak to the media, said authorities expect them to make their ransom demand soon like in the past.

The Abu Sayyaf has been blacklisted by the United States and Philippine governments as a terrorist organization for deadly bombings, ransom kidnappings and beheadings. The group has been weakened by battle losses and surrenders but remains a national security threat.

The Philippines, Malaysia and Indonesia have bolstered security along their massive sea border in the last few years, helping to ease piracy and kidnappings primarily by the Abu Sayyaf. But Malaysian media earlier this year cited intelligence reports that Abu Sayyaf gunmen were plying sea borders at Sabah to hunt for new hostages to fund their campaign.

Last week, Malaysia's new police chief Abdul Hamid Bador acknowledged that the Abu Sayyaf remained a big threat to Sabah due to the state's close proximity to the Philippines. Authorities have imposed curfew in some parts of Sabah and planned to further bolster security.

The US State Department had in April also warned of the threat of kidnappings-for-ransom from both terrorist and criminal groups in the eastern area of Sabah under a new risk indicator. It said in its travel advisory that these groups may attack with little to no warning, targeting coastal resorts, island resorts and boats ferrying tourists to resort islands. (AP)