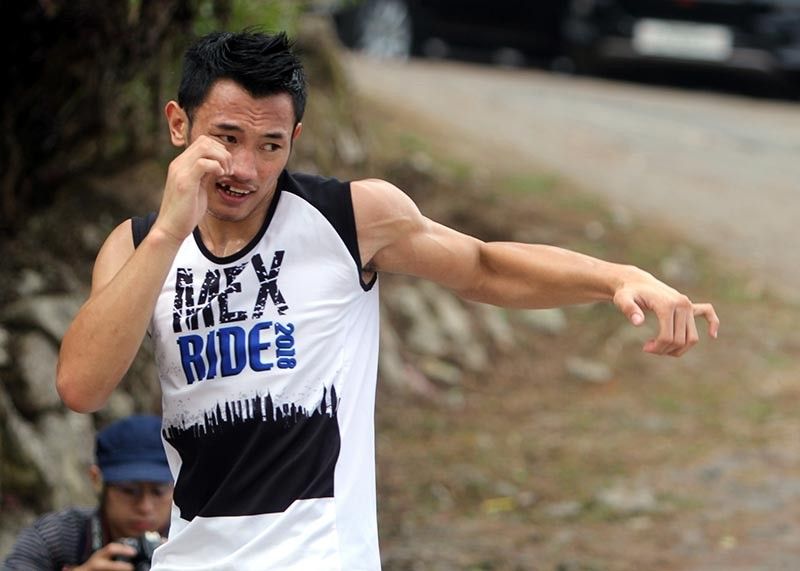 That is, if he gets past his Korean opponent when Rich Franklin’s ONE Warrior Series (OWS) returns with its third live event of 2019.

Following the ONE vice president’s adventures across the globe in the latest series of the show, ONE Warrior Series 6 will take place in Singapore on tonight, June 20.

A host of new faces from the latest season will make their debut in The Home of Martial Arts’ developmental league alongside a collection of returning athletes who have impressed in the OWS ring.

The athletes who deliver the best performances will be in contention for a coveted ONE Championship contract worth in excess of US$100,000.

Olsim is one of the candidates to land a contract with ONE Championship if he defeats fellow featherweight prospect Myeong Gu Kim who is making his promotional debut.

The Team Lakay standout currently is 5-0 with three wins in OWS and is expected to have a hard time against Kim who has 10 professional wins making waves on his domestic scene against established veterans – his last three opponents have more than 50 wins between them.

Both athletes have well-rounded skill sets, and their meeting will likely determine which one is ready to be taken seriously as a candidate to take a step up to the big leagues.

In the main event, Shinechagtga Zoltsetseg will attempt to grab his fourth victory in OWS – and fourth by stoppage – in a match that will see his development as a mixed martial artist put to the test like never before.

Zoltsetseg will face one of the best-rounded athletes at the event in Hyunjin Lee.

The South Korean was featured on the first season of the show, and has gone on to grab a pair stoppage victories since then.

The card will also feature a strong selection of welterweight athletes – including returning heroes De’Von Morris and Carlos Prates – as the ever-growing division continues to uncover exciting new talent.

Meanwhile, another Cordilleran in Dave Banguigui hopes to extend his winning ways as he debuts in OWS against Indian national Susovan Ghosh in a mixed martial arts strawweight contest.

Banguigui is coming off a huge win against Solomon Dutra in URCC last December with a third round read naked choke submission.