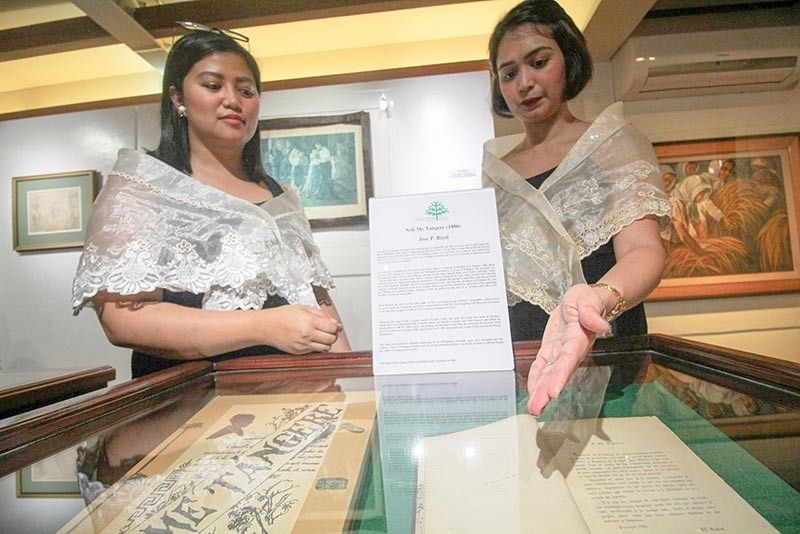 BAGUIO. Hotel workers Johanna Lopez and Noof Castro show Dr. Jose Rizal’s original edition and replica of the book Noli Me Tangere displayed at the Adkos Gallery where 10 of Rizal’s artifacts are on display. The gallery is open for free daily. (Photo by Jean Nicole Cortes) 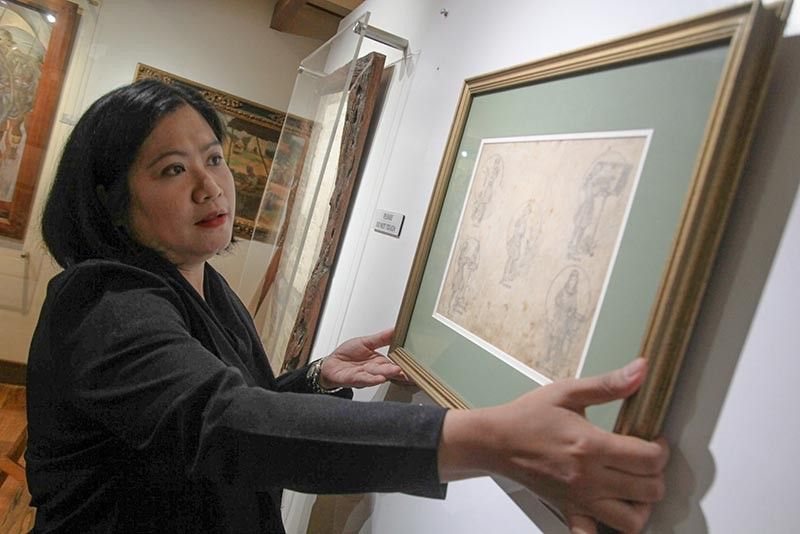 BAGUIO. Amparo Dela Cruz, general manager of Grand Sierra Pines Hotel, displays Dr. Jose Rizal’s untitled sketch at the Adkos Gallery. Close to 10 of Rizal’s artifacts are on display along with those of other national artists. Adkos Gallery is open for public viewing for free daily. (Photo by Jean Nicole Cortes)

A HOTEL in Baguio City marked the 158th birth anniversary of national hero Dr. Jose Rizal through an art exhibit showcasing some of his significant works.

Launched on Tuesday, the exhibit titled “Rizal: An Art Exhbit”, also highlighted Rizal's sculpture made of marble by J.P. Janpinco in 1908, untitled sketch by Rizal in 1889, Litographs of the Ultimo Adios and Huling Paalam by Rody Herrera and portrait painting by Felix Hidalgo of Nelly Boustead, Rizal's 8th girlfriend.

Born in June 19, 1861 in Calamba, Laguna, Rizal started reading and writing at an early age.

The sequel, El Filibusterismo was published a few years later.

Sierra Pines general manager Amparo Dela Cruz said gallery owner Cesar Reyes like Rizal as a hero and is very compassionate to the contributions of Rizal.

Reyes graduated as an electronics engineer and bought a property located in a hillside lot in Baguio City near the Mansion and Mines View Park and constructed the 60-room hotel in 2014 and opened in 2016.

Majority of the collection were obtained through auction. The three books that are displayed in the hotel's art gallery were from Berlin.

Visitor and Tublay mayor-elect Armando Lauro expressed optimism of the opening of the gallery exhibit to the public.

"I think it is very imperative to once again refresh our minds of our heroes on how did they become heroes by sacrificing their time for us and not just for fighting but through writing, painting," Lauro added.

Paula Olivar, Sierra Pines sales and marketing manager, said the exhibit opens from 9 a.m. to 6 p.m. and aims to showcase some of Rizal's great works and promote the culture of the Filipinos.