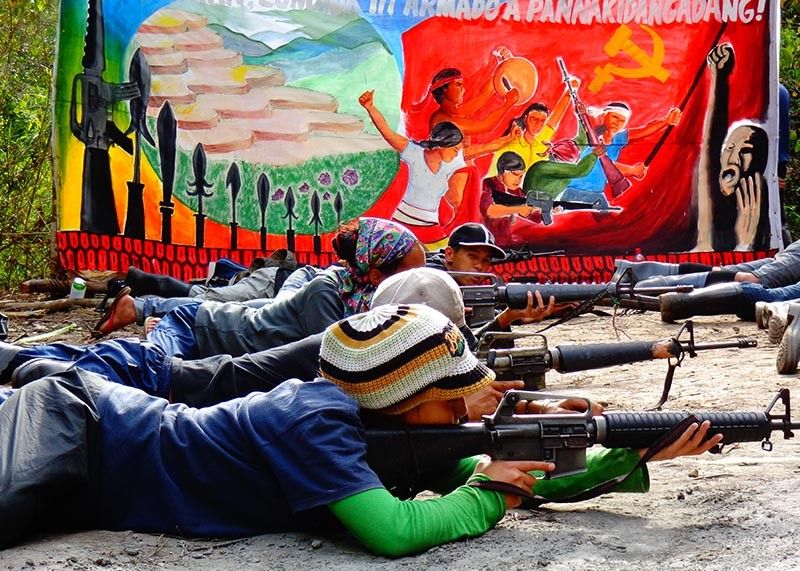 A SPOKESPERSON of the Cordillera People’s Democratic Front (CPDF) has offered to help solve the killing of three farmers in Besao, Mountain Province in May.

Simon “Ka Filiw” Naogsan, Sr., spokesperson of the CPDF, reached out to elders of the Agawa, Baclingayan and entire Besao community to prevent a tribal war.

“The Communist Party of the Philippines, the New People’s Army and the Cordillera People's Democratic Front are more than willing to intercede in this case in order to bring it to its just and peaceful resolution. We enjoin all parties concerned to cooperate to ensure that due process for both the victims’ families and the suspect’s is observed. We urge our elders to do their part to the attainment of justice for the victims without further bloodshed,” Naogsan said.

The CPDF urged elders to make a firm stand to ensure that the conflict would not escalate into a full-blown tribal war.

“We entreat our esteemed elders to be a portrait of reason and a beacon of justice. Dialogue and due process to mete out justice to the victims and aggrieved parties have proven to be effective in dispute resolution among our people and between tribes. Tribal wars only lead to unnecessary loss of countless lives, not to mention wastage of time, energy and resources. Ultimately, the people will suffer without genuinely addressing the roots of the conflict,” Naogsan added.

The CPDF said it recognized these are troubled times for the people of Besao, Tubo and adjacent municipalities.

“As you may well know, a few weeks ago, a dire incident occurred along the ridges bridging the Provinces of Abra and Mt. Province which led to the death of Pedro Sauyen, Ivan Gabaen, and Ronnie Macayba, all of Agawa Tribe in Brgy. Nabanig, Besao, Mt. Province. We have received reports that the alleged perpetrator is a resident of Sitio Baclingayan, Brgy. Tabacda, Tubo,” added Naogsan.

Gabaen, Macayba and Sauyen went fishing on May 24 for eels in a river in the forest at the boundary of Mt. Province and Tubo in Abra. They failed to return.

On May 28, responders from the local government of Besao found the three men with multiple hack wounds and the other two villagers with gunshot wounds. Another was found naked in the river.

“Tension and anxiety between and among the concerned communities consequently arose from the incident. Some went as far as to call for retribution: blood for blood or tribal war. While we recognize the urgent need for swift justice on this matter, we, as servants of all oppressed and down-trodden, are duty- bound to prevent the intensification of the brewing conflict,” the CPDF spokesperson said.