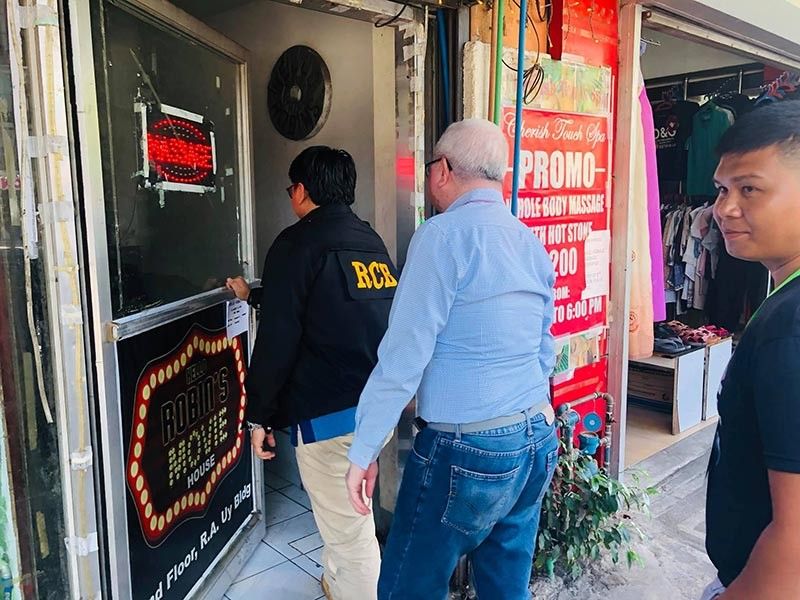 CAGAYAN DE ORO. The RCB team is stepping up its campaign against movie houses violating the Anti-Pornography Ordinance. (Photo courtesy of RCB)

THE Regulatory and Complaint Board (RCB) is now targeting movie houses around Cagayan de Oro City in the heels of the viral sex scandal allegedly done inside a movie house.

RCB chairperson lawyer Edgardo Uy said two movie houses were subjected to their inspection on Tuesday, June 18, finding only one had complied with the anti-pornography ordinance.

During the inspection, Uy said two persons were caught by the RCB doing sexual acts.

“They were not minors but while that is a private matter, dili unta buhaton sa public place. Movie houses are public places too. Although they were of the right age, they should have done it somewhere else nga dili public place,” Uy said.

Uy warned movie house operators to do their job, by not only accepting payments but also closely monitor their customers who are already inside their rooms.

He said owners have the responsibility to remind customers that they prohibit lewd acts performed inside these kind of establishments. Otherwise, the movie house could face immediate closure.

The RCB reminds operators that movie houses and similar establishments should install closed-circuit televisions (CCTVs) inside each rooms. Rooms must also not be locked.

Minors are also prohibited to enter the establishment, unless they are accompanied by family or relatives.

“If our children are this bold to do these acts, nagpasabot nga gapasagdan gyud diay sa mga operators kung unsay nahitabo sa sulod,” he said.

“Operators should be on alert, we have a national law nga kung dunay abuse against women sa usa ka establishment, dunay presumption nga naay knowledge ang operator ana, so they could be held liable,” he added.

Uy said the movie house business has mushroomed in the city, because not only it is cheap, customers also don’t hesitate to enter it rather than checking in at inns and hotels.

Uy said the RCB is making it now a mission to closely monitor these establishments.