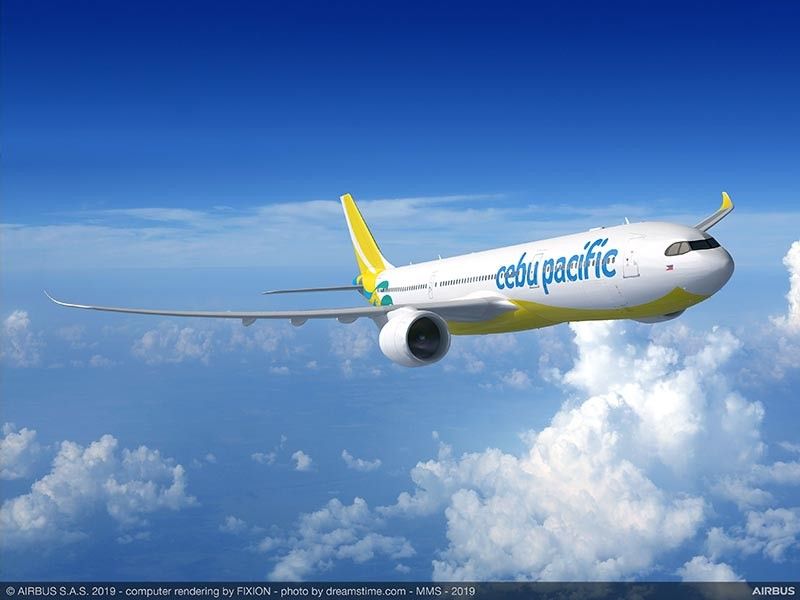 AIRBUS. Cebu Pacific will soon be operating 16 Airbus 330neo, which will be fitted with 460 seats, that features a new wing with increased span, as well as A350 XWB-inspired Sharklets. During the International Paris Air Show 2019 on Tuesday in Le Bourget, France, the airline entered a memorandum of understanding for 31 new Airbus aircraft. (Airbus photo)

CEBU Pacific has entered a US$6.8-billion deal with Airbus for the order of 31 brand-new Airbus aircraft.

The country’s leading low-cost carrier made the announcement during the International Paris Air Show 2019 on Tuesday, June 18, in Le Bourget, France. This after it signed a memorandum of understanding (MOU) with Airbus for the order of 16 Airbus 330neo (Next Engine Option), 10 Airbus 321XLR (Xtra Long Range), and five Airbus 320neo. The aircraft are scheduled for delivery between 2021 and 2026.

“The investment accelerates the carrier’s plan to introduce more fuel-efficient and eco-friendly aircraft to replace its current fleet,” Cebu Pacific said in a statement on Tuesday, June 18, 2019.

The airline said the A330neo will be fitted with 460 seats. It will also soon replace its existing A330ceo, which will be progressively retired.

“Using the new Rolls Royce Trent 7000 engine and a more aerodynamic wing design, the A330neo is more efficient, providing a range of up to 7,200 nautical miles with as much as 12 percent less fuel burn per trip,” Cebu Pacific said.

“The A330neo will give us the lowest cost per seat and allow us to continue offering the lowest fares. Moreover, the lower fuel burn matched with higher seat density will allow Cebu Pacific to address growing demand for leisure and business travel, by upgrading aircraft and maximizing available airport slots in Manila and other megacities we serve,” said Lance Gokongwei, president and CEO of Cebu Pacific.

According to Airbus, Cebu Pacific will be among the launch airlines for the new A321XLR.

Cebu Pacific is looking into developing new markets from other key cities with A321XLR. The aircraft, which will be delivered to CEB starting 2024, has a range of up to 4,700 nautical miles and will allow Cebu Pacific to fly non-stop for 11 hours.

“The A321XLR is the next evolutionary step from the A321LR which responds to market needs for even more range and payload, creating more value for the airlines,” Airbus said in a statement, adding that the aircraft has 30 percent lower fuel burn per seat compared with previous generation competitor aircraft.

Lastly, Cebu Pacific said the A320neo will result in a 7 percent reduction in cost per seat and a reduction of fuel burn and emissions of as much as 15 percent.

“Our strategy is to replace our fleet with bigger and more fuel-efficient aircraft to fly more passengers utilizing our existing slots while reducing our environmental footprint per passenger. We will be operating an all Airbus NEO fleet by end-2024 and retiring our older generation jets,” Gokongwei said.