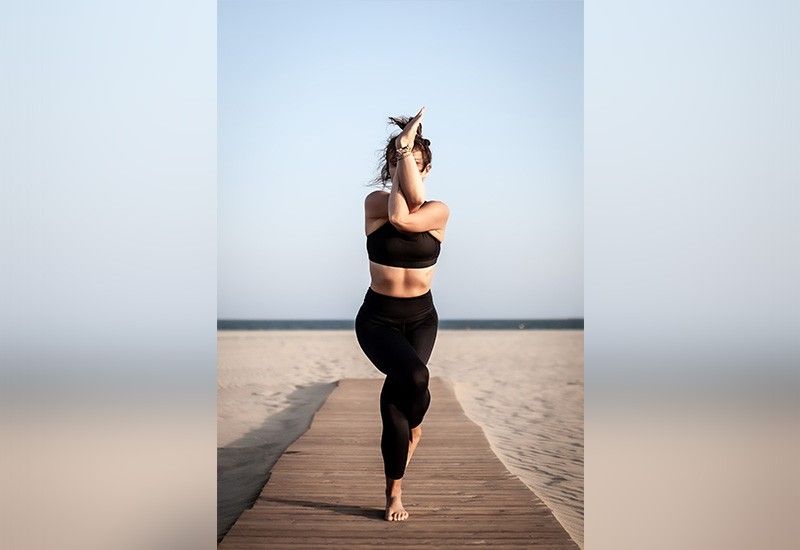 At the end of yoga class, the yoga guides and students bow, hands pressed together—palms touching, fingers pointing upwards and thumbs close to the chest—and greet each other with this word.

The word “namaste” is derived from the Sanskrit word “Namaskar,” which literally translates to “I bow to you.” It has become a tradition for yoga guides and students to exchange namastes at the end of class as a gesture of mutual respect. The word “namaste” is also a means of saying thank you.

To think of yoga as a religion is the most common misconception about it. What most people don’t know is that yoga is a life-changing practice, solemnly made to nourish the body, mind and spirit. The word “yoga” is derived from Sanskrit which means “to join or unite.”

Started as an ancient practice to achieve harmony between the heart and soul on the path to divine enlightenment in India circa 3,000 B.C., yoga has taken off in the West as an answer to helping ailments such as alleviating physical injuries and chronic pains, and lowering high blood pressure and stress levels.

India’s Prime Minister Narendra Modi gave an impactful speech related to yoga and proposed during the United Nations General Assembly in 2014 to celebrate International Yoga Day every June 21 as it is the longest day of the year in the Northern Hemisphere.

According to him, yoga is an invaluable gift of India’s tradition. It embodies unity of mind and body; thought and action; harmony between man and nature. More than 170 countries supported his proposal. Later on, Sam Kutesa, president of the UN General Assembly, declared June 21 as International Yoga Day.

With yoga retreats and studios rising around the world, it is no doubt that it is a well-loved practice. Whether one prefers a sweaty yoga session or a relaxing restorative class, here are some of the basic yoga poses that one needs to practice every day which can help one reap its benefits.

This is the base for all standing poses. Start standing with your feet together and pressing down through all toes as you spread them open. Engage your quadriceps to lift your kneecaps. Open your chest and keep your palms facing inward toward the body. Then, imagine a string drawing the crown of your head up to the ceiling, and breathe deeply as you do this pose. Hold this pose for five breaths.

This pose stretches and strengthens the entire body. Go on all fours with your wrists under your shoulders and knees under your hips. Tuck under your toes and lift your tailbone and press your butt up, drawing your hips toward the ceiling. Hold for five breaths.

Planking is a great way to strengthen the core. On all fours, tuck under your toes and lift your legs up off the mat. Slide your heels back as your body forms one long line. Keep your palms flat on the floor while your hands are shoulder-width apart and shoulders stacked directly above the wrists. Don’t forget to engage your core!

This pose will help you restore your energy, and release the tension and stress in your body. Start on all fours then bring your knees and feet together as you sit on your heels and stretch your arms forward. Lower your forehead to the mat and let your entire body release. Hold for as long as you wish!