Kapa members give Duterte an ultimatum 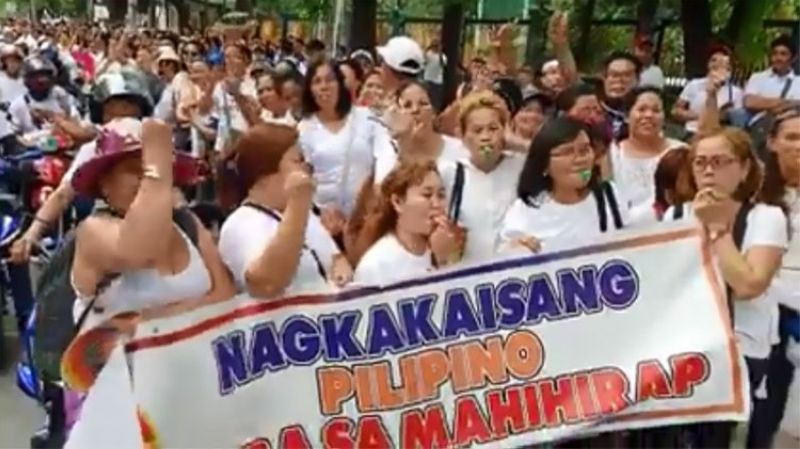 MEMBERS of Kapa-Community Ministry International Inc. (Kapa) hold a two-day synchronized rally, which was started Thursday, June 20, in different areas in the Philippines, hoping that their pleas to reopen the investment firm will be heard.

In General Santos City, they made the Oval Plaza as their converging area for their prayer rally.

With the theme "Nagkakaisang Pilipino para sa mga Mahihirap," the rally is aimed at calling on the government to allow Kapa to operate again so that it can help its members once more.

Its leader, Pastor Joel Apolinario, recently called on its members to participate in the rally so that the government will be forced to favor them.

He said in his video message posted some days ago that there is no other way for the government to listen to them but through a rally, adding that Kapa cannot give the money to its members since their bank account was frozen.

Meanwhile, a letter from the Federal Tribal Government of the Philippines (FTGP) made rounds in social media, demanding the government to allow Kapa to operate again within 72 hours.

In the letter, the FTGP endorsed the "dismissal of all imaginary and premeditated cases against the Kapa Community Ministry International Inc. in 72 hours."

The letter was signed by one Datu Douglas S. Mangcal, FTGP provincial tribal chieftain of Blaan Tribe in Davao del Sur, and its other officials.

The group demanded that the government should favor Kapa, which, they said, has helped the poor and the lumad.

Mangcal highlighted the Ipra Law of 1997, Republic Act 8371 which gives protection to the lumads.

He said they are appealing to the government for aid and to intervene for the lumads who are affected with Kapa's closure.

The group's letter was sent to the Office of the President, the United Nation's office, Secretary, Ombudsman, Department of Justice and Department of the Interior and Local Government (DILG).

Days before their synchronized rally, photos of Apolinario circulated online, showing him eating a "salbaro," while the other one showed him sleeping on a cardboard placed on the ground.

His members who have seen the photos were touched, saying he has helped the poor but the government resented him.

Apolinario admitted he is now hiding because of the life threats he has received.