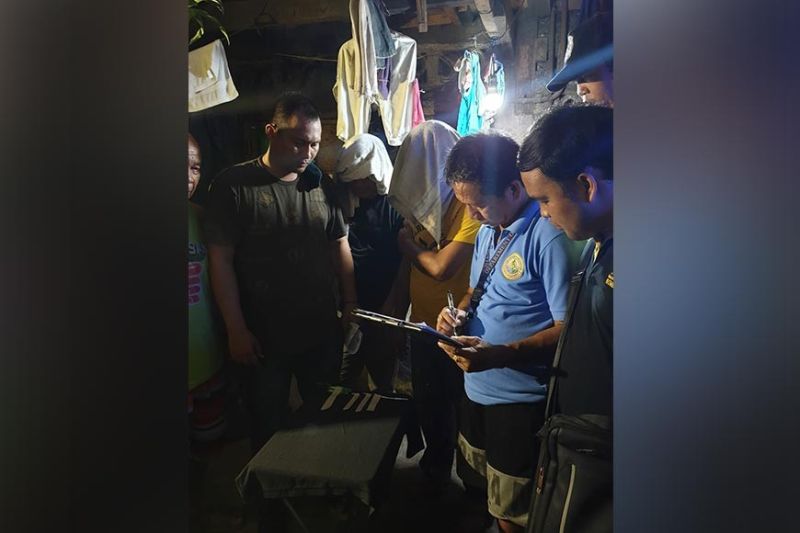 BUSTED. Two traffic enforcers of the Cebu City Transportation Office cover their faces with towels after they were caught in an anti-narcotics operation in Barangay Tejero, Cebu City on Wednesday, June 19, 2019. (Contributed photo)

“Bati ang ilang gipakita (They showed something that is deplorable),” he said.

Navarro and Mordeno have been working for CCTO as casual employees in the past 15 years, and they are well-compensated, according to Ouano.

After learning that the two personnel were involved in extortion activities and hooked on drugs, Ouano advised them to quit their vices and reform their lives. But his wise words fell on deaf ears.

Ouano said he will sign the termination papers of Navarro and Mordeno. Then he will submit them to the Office of the Mayor.

Mordeno was arrested inside Ricarte’s house, after he was caught sniffing a substance believed to be shabu.

Police caught Navarro outside the house.

Seized from the suspects were five grams of “shabu” worth P34,000.

They will be charged for violating Republic Act 9165, or the Comprehensive Dangerous Drugs Act of 2002. Selling shabu is a non-bailable offense. (From AYB of Superbalita Cebu, Jennylyn Mabini, CNU Comm Intern, KAL)