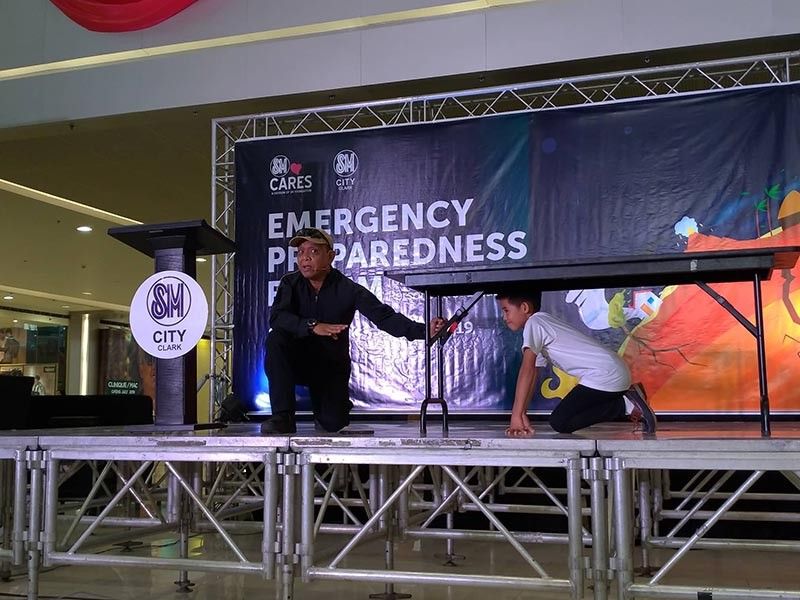 PAMPANGA. Dr. Ted Esguerra teaches a student with disability how to respond during an earthquake. (Contributed Photo)

“This is very timely after what happened in Pampanga which claimed the lives of many of our kabalens during a strong earthquake,” Madlangbayan said.

Dr. Arturo Daag, chief science research specialist of the Philippine Institute of Volcanology and Seismology (Phivolcs), said the Philippines is prone to disasters like earthquakes because it is situated in the so-called Pacific Ring of Fire.

Earthquakes are caused by the movement of the earth’s surface originating from tectonic plates and volcanic eruption.

Daag said it is important to have a disaster and evacuation plan in order to be prepared during disasters.

He urged the participants to always protect themselves at all times and never panic to avoid being injured.

Madlangbayan thanked the local government units of Mabalacat City and Angeles City, and the special education unit of the Department of Education, for supporting the event.

Also present during the forum was Danilo Chavez, program head of SM Cares.