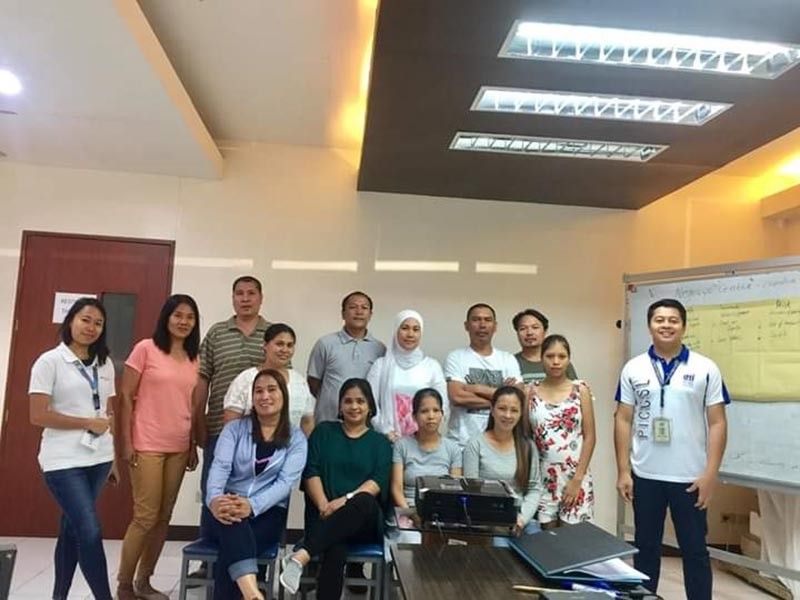 BACOLOD. Business counselors with the 12 participating local overseas Filipino workers (OFWs) of the free Entrepreneurship and Business Planning Seminar initiated by the Department of Trade and Industry (DTI) in Negros Occidental held at the Negosyo Center in Bacolod City on Thursday, June 20. The activity is implemented through the Entrepreneurship Development Program for OFWs in partnership with the Overseas Worker Welfare Administration. (Contributed Photo)

PROPERTY giant Megaworld is allocating P300 billion in capital spending from 2020 to 2024 as it further expands its township and integrated lifestyle developments across the country. The new capital expenditure (Capex) program will fuel the company’s five-year pipeline of residential, office under its Megaworld Premier Offices brand, commercial retail under its Megaworld Lifestyle Mall brand, and hotel developments, as well as possible land acquisition opportunities.

Out of the P300-billion Capex, Megaworld will allocate 65 percent or approximately P195 billion for its residential developments and investment properties, which mostly account for Megaworld Premier Offices, Megaworld Lifestyle Malls, and Megaworld Hotels. The remaining 35 percent or around P105 billion will be set aside for land acquisition and land banking.

During the last five years for the period 2014 to 2019, Megaworld has allocated P285 billion for its five-year Capex program, most of which have been utilized mostly for property and township developments.

”Megaworld has secured significant coverage of raw land in the areas where we want to be in. Our focus now is on developing the land in order to sustain and further propel our strong earnings moving forward,” said Kevin Tan, chief strategy officer, Megaworld.

Megaworld has approximately 4,700 hectares of land bank in its portfolio, which is expected to expand by almost 45 percent with the launch of six more townships and integrated lifestyle communities by next year.

“Our existing land bank would be sufficient for the next 10 to 15 years of development,” Tan added.

Around 3,000 hectares of land is covered by the company’s township developments in Luzon, mostly in the Calabarzon area. In Metro Manila, Megaworld has a total key land holdings of almost 300 hectares, with significant presence in Makati, Fort Bonifacio, Quezon City, and even in the bustling Manila Bay Area, particularly within the Entertainment City where the company is currently the largest land owner and developer.

During the past 30 years, Megaworld has already built around 700 residential developments, 1.6-million square meters of leasable spaces under both Megaworld Premier Offices and Megaworld Lifestyle Malls, and over 3,000 room keys across its hospitality developments under Megaworld Hotels.

”As we celebrate our 30th year in the industry, we see our company doing more than just a business. We are rooted by our vision to uplift lives of more Filipinos, impact our society, and help shape our country,” Tan said.