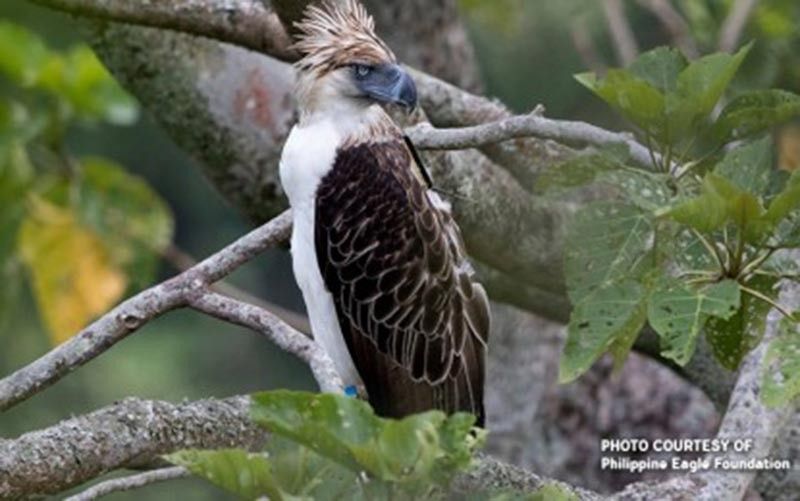 THE environment department may soon expand to the United States (US) its bid to conserve the Philippine Eagle (scientific name Pithecophaga jefferyi), the endemic but critically endangered national bird.

Department of Environment and Natural Resources (DENR) Secretary Roy Cimatu raised the possibility after his department deployed a pair of Philippine Eagles to Singapore this month for breeding and other conservation activities, the first time the government made such a move to check the species’ looming extinction.

“There will be a next time,” Cimatu said during the sidelines of DENR’s recent 32nd anniversary celebration in Quezon City.

He noted that a US-based institution has signified interest in looking after a pair of Philippine Eagles to help conserve the species.

“That institution specializes in species that are already vanishing, are endangered,” he said without identifying the interested party.

Cimatu is optimistic that deploying another pair of Philippine Eagles abroad would help boost efforts to save the species from extinction.

Last month, the environment chief signed an agreement to lend a pair of Philippine Eagles to DENR’s foreign partner, the Wildlife Reserves Singapore (WRS), for conservation-related purposes, including breeding, in the city-state.

This marks “a new chapter in Philippine biodiversity conservation by reaching beyond our borders and cooperating with another sovereign State, the Republic of Singapore,” he said.

Cimatu said lending the pair is a biosecurity measure for ensuring that there will be Philippine Eagles left in Singapore for breeding in case a catastrophe such as an avian flu outbreak hits the Philippines and wipes out the species’ population.

“If all Philippine Eagles are in our country and something eradicates these birds, this species will be gone,” he added.

Such loss would have an ecological impact as according to the DENR, the Philippine Eagles are top predators responsible for regulating populations of small animals that may pose danger to humans and crops.

“With its dwindling population due to habitat loss and illegal hunting, experts estimate that there are less than 400 pairs left in the wild,” the department said in a statement, highlighting the urgency to intensify Philippine Eagle conservation efforts.

The WRS’ deputy CEO and chief life sciences officer Dr. Cheng Wen-Haur also signed the agreement and thanked Filipinos for entrusting the pair of Philippine Eagles to the conservation organization he’s working for.

“The birds’ departure served as highlight of this year’s Philippine Eagle Week (PEW),” he said.

Proclamation 79 series of 1999 declared June 4-10 of every year as PEW to help promote public awareness of and action to prevent the extinction of the Philippine Eagle.

The DENR and the Philippine Eagle Foundation (PEF) have already committed to provide WRS technical assistance in caring for Geothermica and Sambisig.

According to the DENR, however, the pair and its offspring will remain as property of the Philippine government.

The pair will be quarantined for about a month before settling at Singapore’s Jurong Bird Park, the PEF said in a statement.

The WRS expects the pair of Philippine Eagles to be a crowd-drawer in Singapore. (PNA)