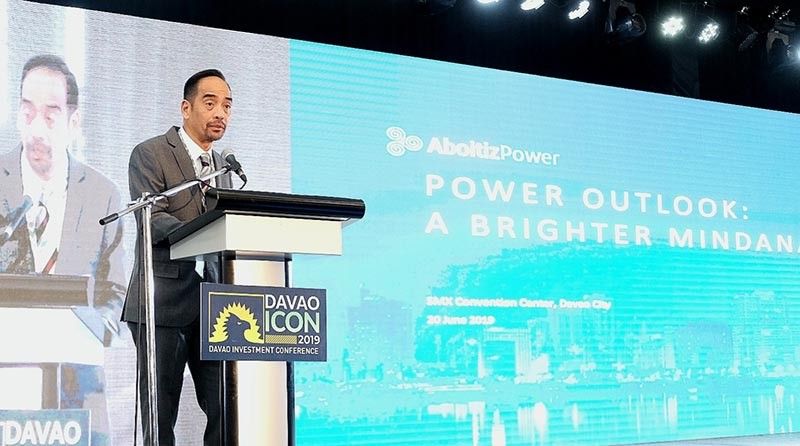 THE chief operating officer of one of the country’s largest electric power companies has cited the Electric Power Industry Reform Act (Epira) as having significantly driven the cost of power down, while increasing the country’s capacity and improving services to customers.

Emmanuel Rubio, who is also the incoming president and chief executive officer of Aboitiz Power Corporation, said that based on data, Epira has succeeded in improving the power sector for the benefit of consumers.

Rubio was a keynote speaker on Thursday, June 20, at the Davao Investment Conference (Icon) in Davao City.

“(The) Philippines may still have one of the most expensive power rates in Asia. That may be true for now, but the data show that prices in the Wholesale Electricity Spot Market (WESM) has a downward trajectory,” Rubio said.

“It is important to take into consideration that the power industry in other Asean countries is subsidized, hence the substantial difference between the electricity prices of countries with and without subsidies,” he said.

“Are prices still high? Perhaps. But it is continuously decreasing. In fact, from 2011 to 2016, only government charges have increased while charges controlled by the private sector have sustained a downward trajectory.”

Rubio said that while news always highlight instances when WESM prices are high, it fails to note that in 2018, more than 95% of the time, prices in the spot market have been way below Php5 and in some instances the prices went negative.

He said that in order for Epira to fully realize its potential, the government and other sector must encourage an atmosphere of true competition.

“We learn from situations like this that the country’s power sector is not without any challenges. But what we fail to realize and appreciate is how far we have come because of Epira,” he said.

“Epira is working. And only when there is strong support both from the government and private sector can it realize its full potential and achieve its ultimate goal of making electricity sustainable and accessible to all Filipinos.”

“Competition among players, better services, and better technologies in the power plant will definitely result in more efficient production and more value to customers.”

Epira, he added, was also the reason Mindanao enjoys a surplus of energy supply today, showing a stark difference from the eight-hour power outages the island experienced only around four years ago.

“Epira is working and only when there is strong support both from the government and private sector can it realize its full potential and achieve its ultimate goal of making electricity sustainable and accessible to all Filipinos,” said Rubio.

Rubio also expressed excitement over the full implementation of the WESM in Mindanao, something that has long faced challenges but which he believes will open up a world of possibilities for big customers as well as for power generators.

He said AboitizPower is in the best position to take advantage of WESM and serve the customers best, especially with the company’s portfolio of baseload, hydro, and peaking power plants in Mindanao that give them the flexibility to tailor-fit solutions depending on their customers’ needs.

With more companies entering the power sector, developing new technologies to create more capacities, Rubio said it is without a doubt that the future looks bright for the industry and, most importantly, for consumers.

But he also stressed that there has to be a level playing field, as well as an effective and efficient regulatory environment.

Over the last eight decades, AboitizPower has been providing reliable and cost-effective power to customers in Mindanao, reinforcing the company’s readiness to continue serving the island as more opportunities arise.

The company’s power generation facilities on the island have a total capacity of around 635 MW and currently deliver power to more than 20 electric cooperatives and distribution utilities.