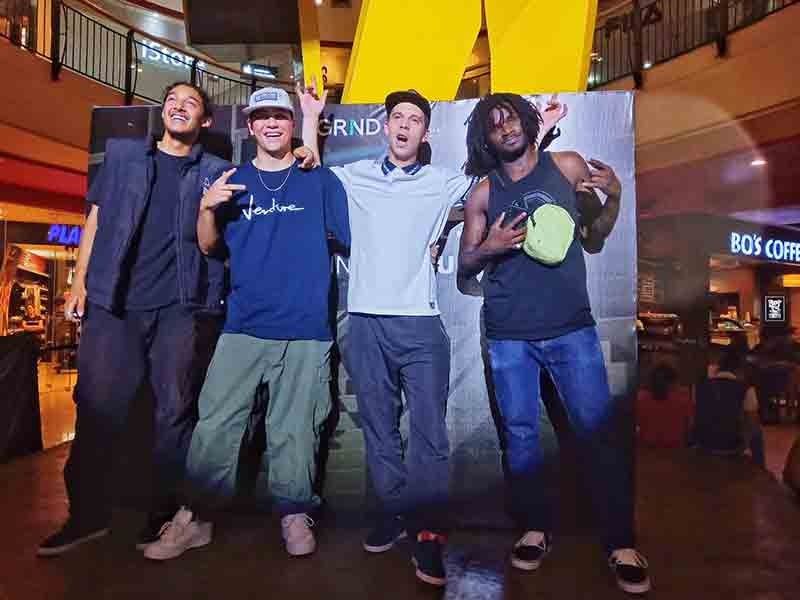 INTERNATIONAL skateboarders laud the passion of the local skateboarding community after celebrating the World Go Skateboarding Day celebration in Cebu on Friday, June 21, 2019.

DC riders Alexis Ramirez, Shaun Paul, Alex Lawton and Cyril Jackson were in town, joining more than 400 riders on a parade celebration which started at Fuente Osmeña Circle and ended at the Plaza Independencia.

“It’s huge. It’s getting bigger every year,” said Paul on the skating scene of Cebu during an interview with the media at the Ayala Center Cebu.

“Everyone wants to skate. There’s pretty much a hunger to skate,” added Jackson.

“The level of skating is high now compared to the last time,” said Lawton.

Ramirez said the potential is really there for Cebu’s skating community, but it needs to innovate when it comes to the training ground for the uprising skaters.

“The growth is really happening. What is needed is the skate park and facility for them to skate,” he said.

Skateboarding has recently made a huge impact in the country after Cebuana Margielyn Didal bagged a gold medal in the 2018 Asian Games.

“My advice to the aspiring skaters is to just push yourself until you can be the best that you can be. But don’t put so much pressure; you have to enjoy,” said Jackson.

The four pro skaters are in Cebu as part of their Asean tour. They showed their prowess on a demo skate on Saturday at the SM City Cebu.

Marron Villapando, DC’s marketing officer, said the company has been supporting the local skate scene not only in events but also by sponsoring the local athletes.

DC brand executive Llander Simon Cham said it is their way of giving back to Cebuanos for patronizing the brand.

“Two stores in Cebu are the Top 1 and 2 in the Philippines in terms of sales. That’s why we decided to do it in Cebu as a way of giving back also,” Cham said. (RSC)