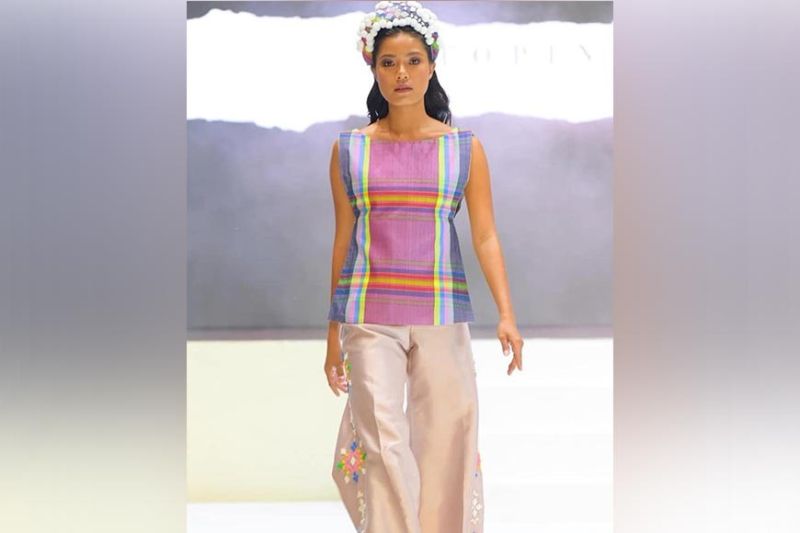 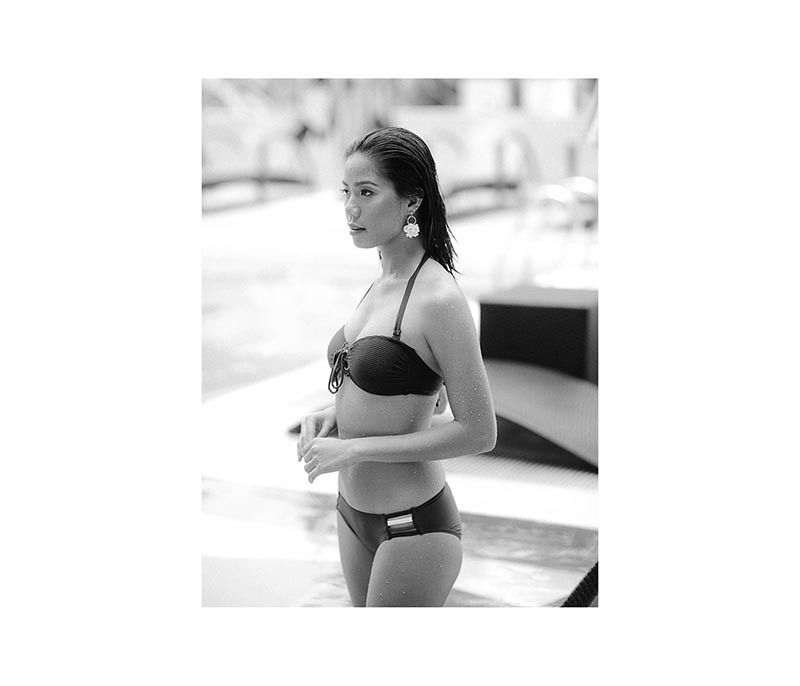 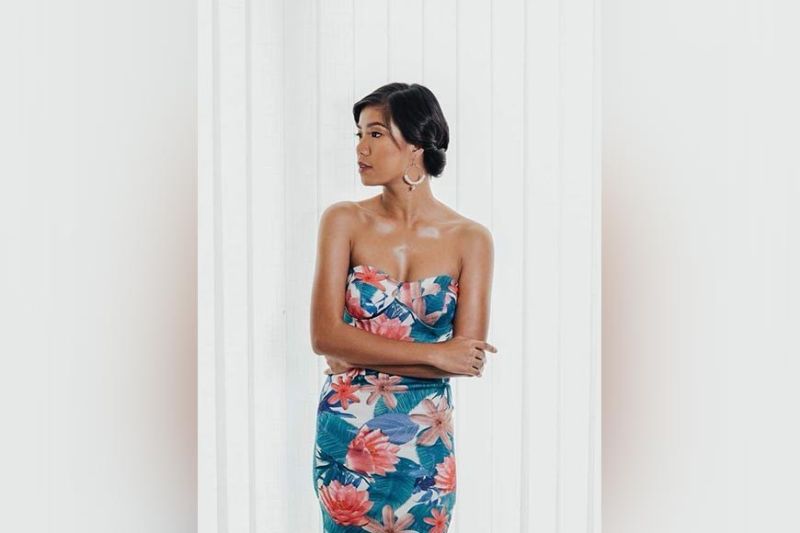 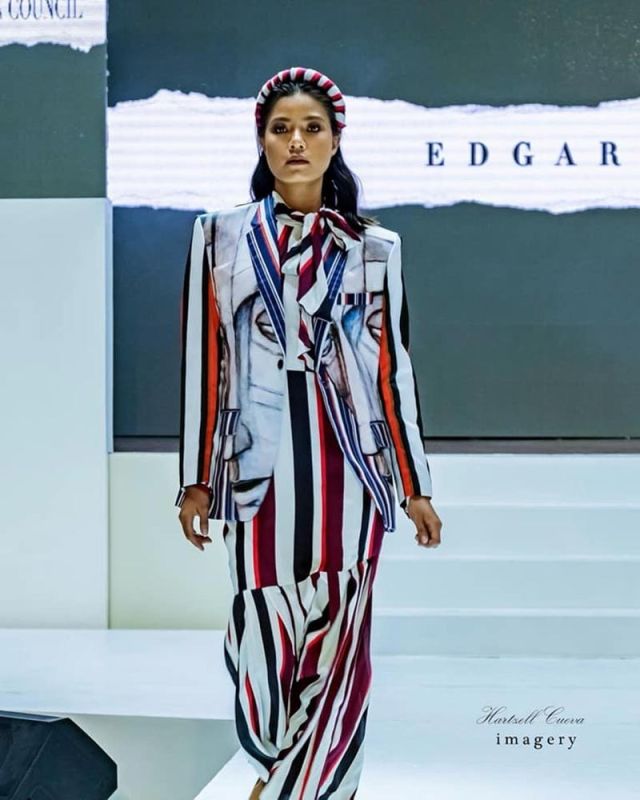 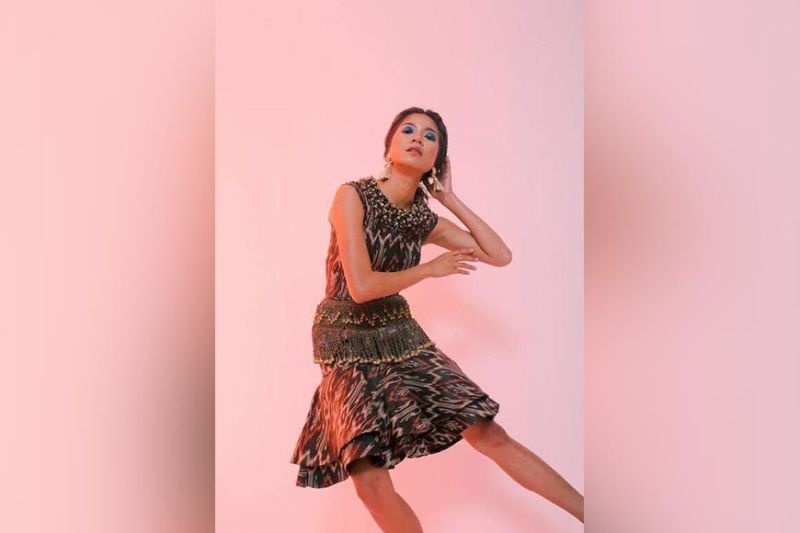 MOST of the time, the stories of fashion designers are the ones being featured. You probably seldom hear of or read about those faces which give life to every piece they create.

Having witnessed several fashion shows, I have always been amazed by how the models carry each fashion creation with grace. I know, modeling is not easy, especially if it is on the runway where a lot of spectators are in front of you.

I am so lucky to have interviewed the model behind some of the winning pieces in the annual Stellar: Mindanao Heritage Fashion Design Competition.

Joanna Ricci Alajar, 23, stands at 5’9”, is surely someone who catches the attention of many. In fact, I have been a fan of her. However, I never had any idea who she was until I saw a post of a friend. And that paved the way for me to finally interview her.

Joanna shared that since she was a kid, she always wanted to become a model someday.

“I have some pictures when I was about nine years old where I posed like a supermodel and as fierce as Tyra Banks. Since then, I knew I wanted to be on the runway and be seen in a magazine,” she said.

In 2016, she finally started to realize her long-time dream. She joined Supermodel International 2016 and represented the Philippines.

“When I went back to our country from the competition, I received several offers. She accepted those while attending training programs “as a pageant enthusiast but the model in me was of greater passion.”

“My trainer before I joined Supermodel International, Sir JL Dahan, trained me how to walk properly and enhance my struts. Definitely, he was a great help to who I am now as a model,” she narrated.

At present, Joanna is one of the biggest assets of Glam Model House. She has been with this “family” for four years now.

Looking back, Joanna had the Philippine Fashion Fiesta at LPU Manila as her first-ever runway project.

“I walked for Jun Lee and some Manila designers for their collection. During this moment, I didn’t walk like a professional model. I was the ‘lesser than an average’ model. But my sister witnessed my passion for modeling that time, and so, she helped me build my career,” she said.

For her, anyone can be a good model since it is not about the height nor the looks or even the skin tone. As long you are confident, you can give your best while modeling.

This young lass is also a role model in real life and she defines a role model as a person who is "real and genuine to himself/herself and the causes he/she wants to happen."

"Role models give insight and show the right things to do, not to brag nor to look down on others. Instead, they are capable of taking the responsibility of influencing others in things that matter most in their daily life. They create a positive influence to other people,” said the kind-hearted model who sells her preloved items to have some funds for the less-fortunate people.

Despite being in the industry for such a short time yet, she has already worked with some of the country's big names such as Jun Lee, Rajo Laurel, Oz Go and others. Nevertheless, she is most proud to work with local designers in promoting Mindanao culture through fashion.

For two consecutive years, the designers she modelled for have won in the Stellar which makes her more than grateful and proud, not for being a part of the winning team but because of the hard work they had put into each piece.

"It has always been my goal to walk for someone who is passionate and I want to deliver this passion to the audience and show them how beautiful their craft and art is. And behind this success is an untold story of the weavers and craftsmanship of our fellow Mindanaonan tribes. More than us, the models and designers, these people deserve more recognition," she said.

Joanna wants to see herself someday showcasing on an international stage the beautiful craftsmanship and artwork of Mindanao.

"I am very proud of my culture and be of the greatest pleasure to actually walk and model these pieces to an international stage. It will be a great honor for me to deliver to the world the handmade pieces of Mindanao Art. I am a Dabawenya, a Mindanaoan by heart and by blood, and so having this project will be one of the moments I will surely treasure and be proud of for the rest of my life," she said.

Joanna also shared that she also wants to be a Victoria Secret Angel and hopes that someday she would be walking for a VS runway.

"I just want to mention the people behind my story as a model, Atch Jon Nunez, for being a great manager and being a parent to all of us. To my Glam Model House family who has been my companion and my educators since I started modeling. To my family, specially to my sister, Ish Montenegro, thank you for your love and support. It was never that easy to actually reach for your dreams, but with great team behind you, who supports and helps you in reaching it, it is one of the happiest adventure I had in my life. The success I have is because of these people," she concluded.

If you have special events and fashion tips to share, or just want to discuss about any fashion-related concerns with me, you are always free to reach me at mendoza.jennygrace@gmail.com.