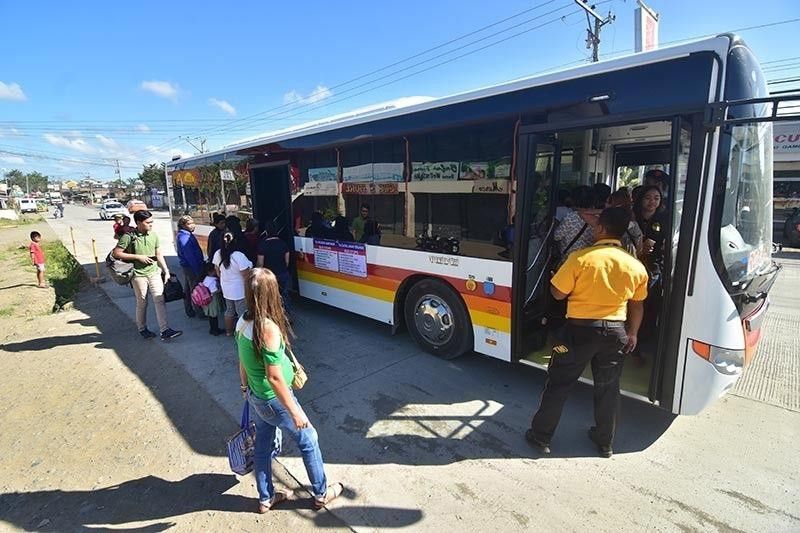 DESPITE the opposition from mass transport groups on the livelihood implication the Public Utility Vehicle Modernization Program (PUVMP) would bring, the Land Transportation Franchising and Regulatory Board (LTFRB) remains firm in addressing the congested mass transport system in the country.

"But I hope they would also respect that the government's resolve under the firm leadership of Mayor Rody (President Duterte) na usbon ang padagan niining klaseng mode of public transport (to change the course of the public transport)," Delgra added.

He said jeepneys are no longer efficient as a public mass transport, unlike before.

The PUVMP, a program of the Department of Transportation (DOTr) that will entirely change the public land transportation industry, has raised concerns and oppositions from different transport groups in the country.

In Davao region alone, the PUVMP will affect 8,216 public utility jeepneys (PUJs) and filcab, also known as multicab, operators. Of the number, 7,261 PUJ/Filcab operators are from Davao City.

To mitigate the problem, DOTr and Technical Education and Skills Development Authority (Tesda) recently launched the Tsuper Iskolar Program in the region, wherein it will train 1,000 qualified beneficiaries on the PUVMP. The training will cover skills and entrepreneurship.

The agency will also have a special loan program with Landbank of the Philippines and Development Bank of the Philippines to drivers and operators to replace jeepneys, buses and other Public Utility Vehicles (PUVs) that are at least 15 years old and replacing them with safer, more comfortable and more environmentally-friendly vehicles.

The High Priority Bus System (HPBS), a city project pushing to modernize the transportation system of the city and address the growing need for mass transit system to solve traffic congestion, will also affect more than 6,000 drivers once it will be fully implemented.

Duran said that aside from it is "anti-poor", he said that it is unlikely that it is only Davao City which will have all PUJs replaced with buses.

He also said replacing PUJs with buses is not a solution to the looming traffic problem in the city.

He, however, said they cannot do anything with the city's decision. But they are still not satisfied with the program's compensation and he said they still need jobs.

Delgra, meanwhile, clarified that the HPBS program is not a total jeepney phaseout. But he also said their routes will be limited and relocated.

The LTFRB head also said they are already in close coordination with the city government on the implementation of HPBS.

Delgra said his agency is already preparing for its implementation through the Davao Integrated Bus System (Dibs), a preparatory stage to HPBS.

Although he did not mention its implementation date, he said LTFRB and City Transport and Traffic Management Office (CTTMO) already identified six routes.