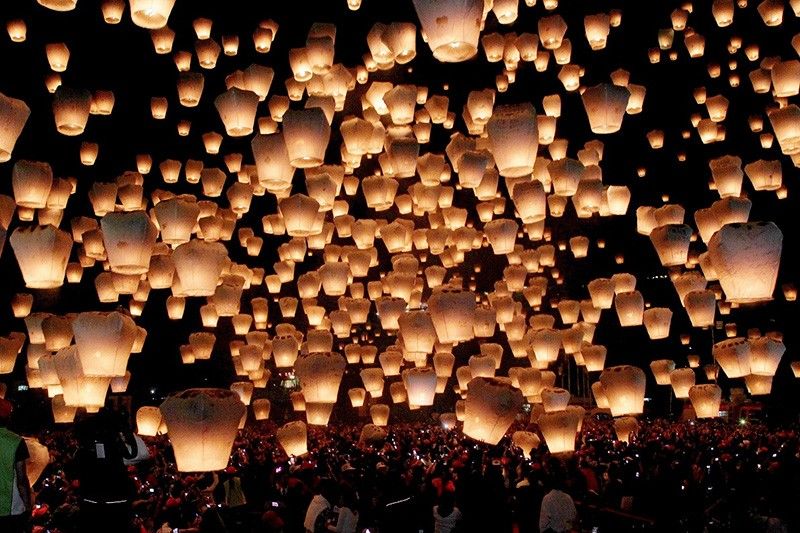 MID-Autumn Festival is a day when Chinese people get reunited with their families. Aside from a big full moon hanging in the night sky, tens of thousands of sky lanterns carrying countless wishes will soar into the sky of Pingxi in 2019 Mid-Autumn Festival, setting this place apart from others.

Sky Lanterns are normally released during the Lantern Festival but this year, the sky lanterns will also be released at the Mid-Autum Festival to light the evening skies and bring out the full moon of Pingxi District. On this day, local and international tourists will be able to pray for blessing by releasing sky lanterns together.

According to a popular legend, the sky lantern was first invented during the Three Kingdoms period by the statesman Zhuge Liang to send military signals. This tradition then turns into prayer and become icon of Pingxi, where people believed that their wishes on flying lanterns can be heard by God.

As time goes by, the prayers that people write on their sky lanterns also changed from prayers for newborns, good harvests, and outstanding academic performance to simple wishes in the modern days such as prayers for business, happiness, dreams, and health.

The sky lanterns carrying prayers remain aloft serving as the focal point of the entire event. The lanterns are lit, hopes slowly rise, and the flames of prayer dance in the air as the lanterns magically transform into wings of hope and desire, turning the night sky of this mountain town into an expanse of unimaginable beauty.

For this reason, Pingxi Sky Lantern Festival was chosen by Discovery Channel as the “2nd largest night carnival in the world”. Through this wonderful sky lantern activity as a way to pray for blessings, Tourism Bureau hopes to market Taiwan to the rest of the world.

Join the Mid-Autumn Festival on September 13 this year and take part in the sky lantern activities with tens of thousands of people at Pingxi District of New Taipei City.

International tourists are advised to take Taiwan Railway at Taipei Main Station to Ruifang Station then transfer to the Pingxi Line to arrive at the final destination.

For more information, please refer to the official website of Tourism Bureau http://taiwan.net.ph/ or https://eng.taiwan.net.tw/. (PR)