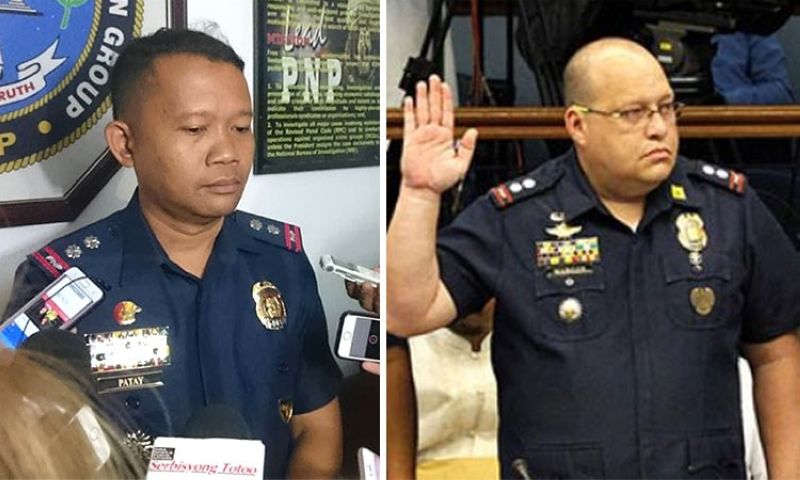 * THAT 'REWARD' FOR GARMA. The appointment of Cebu City police chief Royina Garma to the Philippine Charity Sweepstakes Office (PCSO) must be the worst-kept secret in PNP. She was being talked about as the next PCSO chief long before the police quarrel with Mayor Tomas Osmeña heated up. It must have been a reward for other tasks, not just for helping cripple the campaign of the mayor in the last few days before May 13.

* WHY THEY DIDN'T JOIN BOPK OATH-TAKING. Two congressmen and one councilor, all reelected, didn't join the BOPK oath-taking last Friday (June 21). One was out of the country while the two others don't belong to LDP or Laban ng Demokratikong Pilipino. The councilor is not a BOPK anymore, having defected back to Partido Barug, which he had left before.

Most of the top department heads of Cebu City Hall starting this June 30 will be lawyers: five out of nine names announced by incoming mayor Edgar Labella are addressed as "Attorney."

Lawyers fill the positions of city administrator, city treasurer, city budget officer, general services officer and, of course, city attorney. There must have been no lawyers available for the positions of city accountant, city health officer, city engineer and city building official. Otherwise, they would've occupied those departments too.

City administrator, who under the city charter virtually runs City Hall, is Atty. Floro Casas Jr., one of the lawyers plucked by Labella from his law office.

While lawyers know, or are presumed, to know the law, they don't necessarily always follow the law. Often, they show the way to go around the law. But they are all Labella's lawyers; he expects them to adhere to the "rule of law," which his running mate Mike Rama, incoming vice mayor and presiding officer, has repeatedly flaunted in the voters' faces during the campaign.

A City Hall watcher's quip when Labella announced the appointees: No lawyer from Mike Rama's stable?

Choice limited to one?

Along with Labella's passion for the rule of law, he also disclosed his guidelines in the choice of a Cebu City police chief: "dignity in conduct, dedication to the job, commitment to fight criminality." And the specific requirement of not being involved in extrajudicial killings in the war on illegal drugs:

Of the three names floated for the position, two were allegedly involved in EJKs: Colonel Lito Patay, Central Visayas CIDG chief; and Colonel Marvin Marcos, Eastern Visayas CIDG chief. Both run their respective region's police criminal investigation and detection branches (CIDG 7 and CIDG 8), which do much of the undercover work in law enforcement.

Only one, Colonel Angela Rejano, Siquijor provincial police chief, may be stain-free. But that's probably because very little news media reporting comes out of that island province.

If Labella's criterion would be the basis, the new mayor would be left with one nominee, which wouldn't give him a choice anymore. He might ask to be allowed to submit three names of his own picking, from which Camp Crame would name the city police chief.

It's back to the military style of addressing the members of the police corps. Last February 20, President Rodrigo Duterte signed Republic Act #11200, which amended the DILG Act of 1990 on the ranking and classification of police officers.

The new ranks must be now less confusing to Duterte, who had complained repeatedly about it in his speeches, and must strike more fear in the citizenry. "Police sergeant" sounds more intimidating than "SPO1."