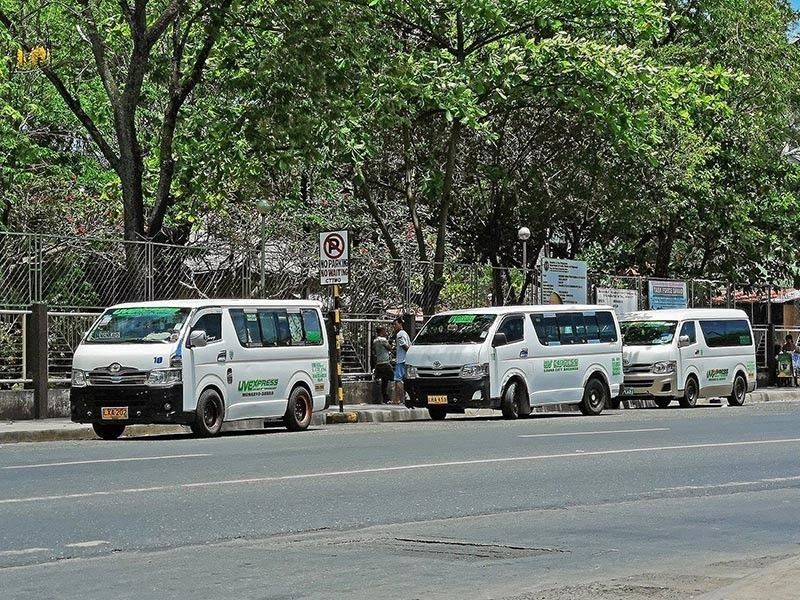 THE Land Transportation Franchising and Regulatory Board (LTFRB) is eyeing to cut the route distances of UV Express vans in the country.

The circular states that under Maximum Distance Policy, UV Express has "maximum distance of 60 kilometers for inter-regional, inter-provincial, provincial, and municipal routes originating and terminating in Metro Manila."

"Mao na ipatuman nato ron (We will be implementing it now). Review is ongoing and hopefully, we would be able to implement the program," Delgra said.

This came on the heels of discovering that there is an existing UV Express route of Davao to Butuan, which has an estimated distance of over 200 kilometers.

Delgra also said since the van was institutionalized in 2005 as a mode of mass transportation, it has defeated its purpose as a "premium service of the PUJ (public utility jeepney)."

"It is supposed to serve local routes where the jeepneys are there. Kay since paspas kaayo siya. Pero karon, bisan asa na nimo sila makit-an. Tuara sila sa mga highway (Since it is fast. But now, they are out of their lanes. Most of them can even be seen on highways)," he said.

The chairman also said these vans are no longer following the "terminal to terminal only" pickup system, as stated on their franchisee documents.

Delgra also said the two-kilometer radius of the end point picking up of passengers was not also complied.

He also said there are still erring van drivers not complying with the speeding limit.

In 2017, Delgra ordered a temporary suspension of north-bound UV Express vans, following a road mishap between an overspeeding van and a truck along Kilometer 21, near crossing Mahayag-Buhisan, killing 11 passengers and leaving nine injured.

Despite lifting the ban after a series of dialogue between the LTFRB and van operators and drivers, accidents involving these vans continue to surface.

"Awhag nako is musubay mo sa balaod. Ayaw mo hulat na isuspend napud tamo. (I'm encouraging everyone to follow the law. Do not wait that your operations will be suspended once again)," Delgra said.