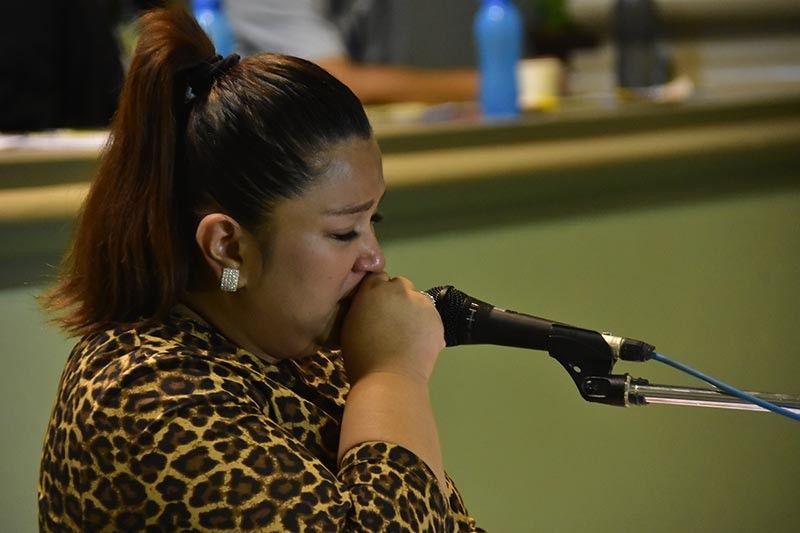 Clarion came in after Al-ag took over the vice mayor position when then-vice mayor and first district Representative Paolo Duterte resigned on December 25, 2017.

In his speech, Al-ag shared his accomplishments, which he called as a “payout” to the Dabawenyos who supported his nine-year stint in the council.

“I will admit to all the people of Davao City, wala gyud nako damha sa akong kinabuhi na mahimo ko og vice mayor ninyo (I never thought of becoming your vice mayor),” he said during his speech.

In the middle of the formal ceremony, Bongguyan-Quilos burst into tears while thanking the late-congressman Prospero “Boy” Nograles, who passed away in May this year.

“Thank you for inviting me in your team, in which, I will always be eternally grateful,” she said while recalling how Nograles helped her as an independent candidate during the 2010 election when Nograles and then mayor now President Rodrigo Duterte vied for the mayoralty position.

Mahipus, in his speech, shared he intentionally did not want to attend the session’s last day.

But he said he wanted his last day, as a legislator, to be memorable by thanking everyone who supported him in his 30-year political career.

His son, Mahipus Jr., will be taking over his place in the next council.

On the last regular session of the 18th City Council, Al-ag said the City Council passed 14 landmark legislations over the past three years under his and ex-vice mayor Paolo Duterte's leadership.

Al-ag, in his farewell speech, said out of the 151 sessions, the City Council passed and enacted 3,294 resolutions and 790 ordinances, including some landmark legislations such as "The Hijab Ordinance of Davao City," "The Sobriety Ordinance," and "Barangay Violence Against Women Desk Ordinance."

The City Council also passed an Online Payment System ordinance that granted legislative authority to the mayor to sign, for and in behalf of the City Government of Davao in its strategic partnership with the City of Kitakyushu in Japan with its Waste To Energy Project.

The ordinance also sets to provide online system of payment as an alternative mode of payment of taxes, fees, charges and other dues to the local government.

The city also amended existing ordinances. These are the "2017 Revenue Code of the City of Davao," which amends the 2005 Revenue Code of the city; the amendment of the "Anti-Discrimination Ordinance of Davao City" in 2012, which now includes anti-discrimination on health status and to include membership of the City Health Office, lesbian, gay, bisexual, and transgender, queer (LGBTQ++), and the Integrated Development Division in the Anti-Discrimination Mediation and Conciliation Board; an ordinance amending the comprehensive Zoning Ordinance of Davao City particularly Article IX, Section 3 or the Urban Ecological Enhancement Sub-zone; and an Ordinance amending Article 4, Section 2 and Article 12, Section 2 of the City Ordinance 0546-13, also known as “The Comprehensive Zoning Ordinance of Davao City To Delineate Areas For Eco-Tourism and Agro-Tourism Activities in Marilog and Paquibato Districts, This City.”

The council also created the City Transport and Traffic Management Office, then Traffic Management Center, which serves as the sole transport and traffic management authority, and the Film Development Council of Davao City, which will coordinate with the local government unit in providing security and other matters needed during movie shooting.

The City also approved the Davao City Bulk Water Supply Project DCBWSP, a joint partnership of the Davao City Water District and the Apo Agua Infrastructura Inc., that will provide 300 million liters for water consumption once it will fully operate by the first half of 2021.

Based on the council's performance in attendance and legislations, Al-ag gave his colleagues 8.5.

The vice mayor, who will soon return as a private citizen on June 30, hopes the next council will prioritize legislations for the protection of the environment.

He also suggested for the council to review the land use plan of the city.