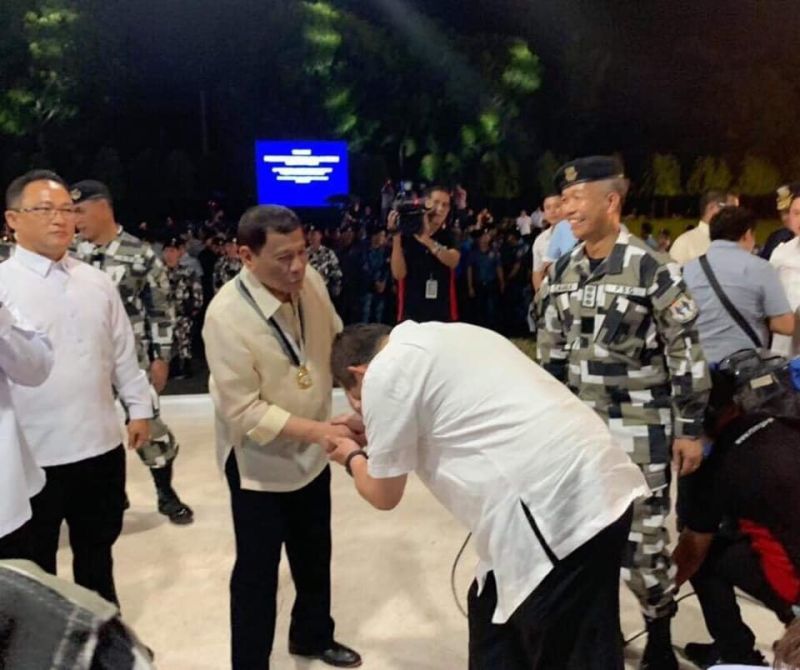 AS THE race for the House speakership in the 18th Congress heats up, returning Leyte Representative Ferdinand Martin Romualdez vows to ensure the passage of all measures under President Rodrigo Duterte's legislative agenda.

Romualdez, a nephew of former first lady Imelda Marcos, said he told the President during the 122nd anniversary celebration of the Presidential Security Group (PSG) in Malacañang that he has started by calling a multi-party caucus on Wednesday, June 26.

“I took the opportunity to report to him what was discussed and agreed upon by the multi-party caucus hours ago. I assure him of a united House of Representatives,” Romualdez said in a statement.

The caucus, held Wednesday at the Seda Hotel in Quezon City, was attended by representatives from PDP-Laban, Lakas-CMD, National Unity Party, Liberal Party, and the Party-list coalition.

“The congressional leaders are unanimous in saying that the 18th Congress will be a real working partner of President Duterte and the Executive Department. All vowed to work double-time to shepherd the approval of the President’s legislative agenda,” Romualdez said.

"They also agreed to set aside politics and pool resources together to provide adequate funding for the President’s pet programs and projects that have direct impact on our people’s lives. This includes the ambitious Build, Build, Build Program which the President wants completed and set in place before the end of his term in 2022,” he added.

Romualdez also said he has been in talks with Finance Secretary Carlos Dominguez III and that the House has set a temporary self-imposed deadline of October 2019 for the approval of the 2020 National Expenditure Program.

“I also briefed the President about my meeting with Secretaries Mark Villar and Janet Abuel last Tuesday, where I relayed the commitment of Congress leaders to work on the funding for the President’s flagship infrastructure program,” Romualdez said.

Romualdez said that at least 28 out of 75 projects under the Build Build Build program were set for completion before Duterte's term in 2022.

“The big challenge for the next Congress is how to make that a multi-year appropriation is in place for the rest of the President’s flagship projects,” the lawmaker said. (Ryniel Berlanga/SunStar Philippines)