Blu Girls to join US tournament 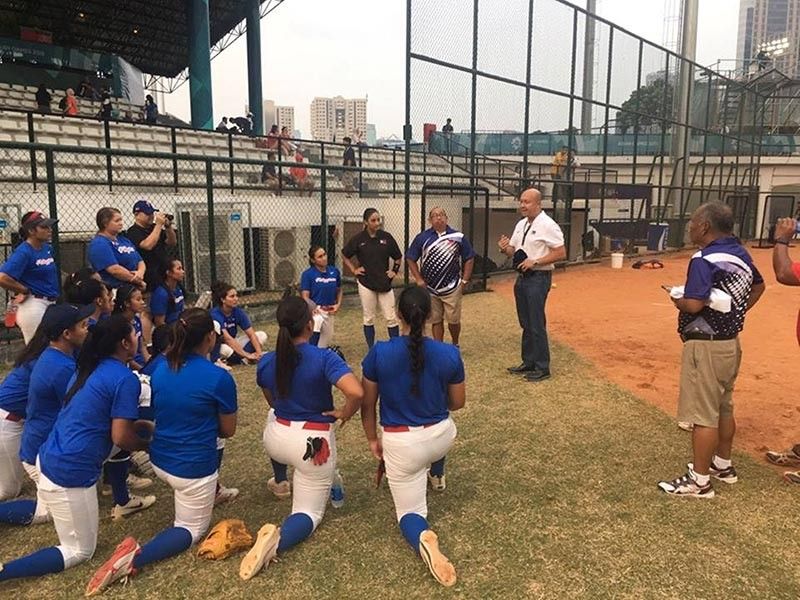 SUPPORT. Cebuana Lhuillier president and chief executive officer Jean Henri Lhuillier (right) talks to the PHL Blu Girls before their departure for the US. (Contributed photo)

AFTER their strong performance in the recent Asia Cup Women’s Softball Championship in Jakarta, the Cebuana Lhuillier-backed PHL Blu Girls will compete in the USA Softball International Cup in Columbus, Georgia.

“This tournament is an avenue for the Blu Girls to gauge their strengths and weaknesses in preparation for the qualifying tournament for the 2020 Tokyo Olympics in September since the teams they will be playing against are part of the top teams in Asia and Oceania. I am very confident that the girls will prove their mettle against their competitors and more than that, bring glory to our country,” said Amateur Softball Association of the Philippines president and Cebuana Lhuillier president and chief executive officer Jean Henri Lhuillier.

Lhuillier also added that this tournament will be helpful in determining who will be joining the final team playing at the qualifying tournament.

The Blu Girls will also face the US women’s national team on the same day. Other teams participating in the softball tilt are the US’ U-19 women’s national team, world No. 2 Japan, No. 4 Puerto Rico, No. 5 Mexico, No. 6 Chinese Taipei, No. 20 Peru and the Scrap Yard Fast Pitch. (PR)