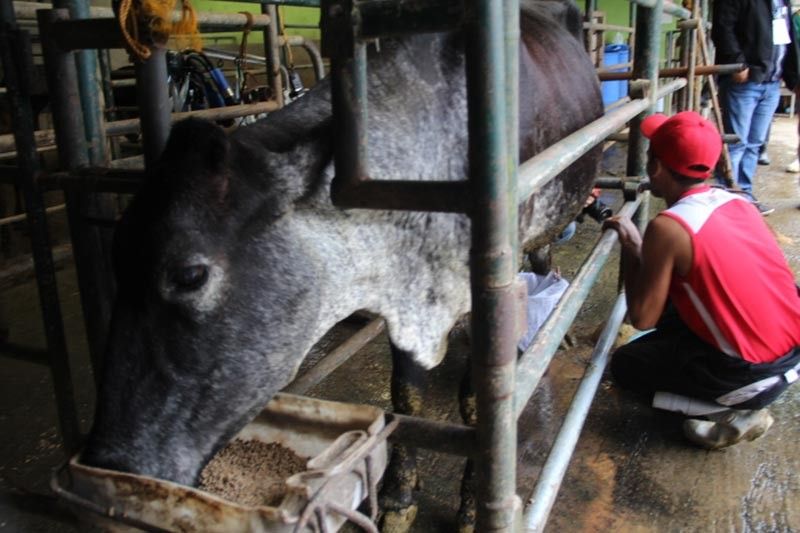 BAGUIO. The 94.13 hectares of the former Baguio Dairy Farm now known as Baguio Animal Breeding and Research Center (BABRC) is home to purebred Heinstein-Freisians. A total of 100 heads of purebred Heinstein from Australia soon to arrive in the dairy facility on October 2019. Photo by Lauren Alimondo

Department of Agriculture (DA)–Cordillera officer-in-charge Cameron Odsey said the 100 heads of purebred Heinstein is set to arrive in the city on October 2019.

The DA is set to showcase management of dairy production through the Cordillera Dairy Development Project which seeks to help address the challenges that brought about the country’s dependency on imported milk and increase local milk production.

Odsey said the country is less than three percent milk sufficient and said importation of cattle is needed to improve the country’s dairy industry as bulk of the commercial milk is bought from Australia and New Zealand.

Milk production started at the dairy farm in 2017 to 2018 where some 99 cows were received from provinces in the country.

BABRC veterinarian Dr. Leisley Deligen, project assistant manager, said on March 2017, the first batch of dairy cattle was delivered from Bohol, Masbate and Bulacan and had an eight liters per head per day average production which increased to 12 liters.

In 2019, challenges were encountered with six to seven liters per head per day less compared to the average production which is 8 liters and to the previous production of the dairy farm in previous years.

Deligen attributed the low production due to the water shortage, limited volume of water for the animals, and to cope to the dilemma, water delivery was further sought.

For the Cordillera Dairy Development Project this year, cattle were dispersed to qualified and trained farmer associations in the region to maintain in tandem with the National Dairy Authority which has procured cattle for different provinces in the country including Isabela, Ilocos and Baguio City.

Five-year development plan of the BABRC is set to be an integrated research, animal breeding training, techno demo laboratory, agro-tourism and dairy center.