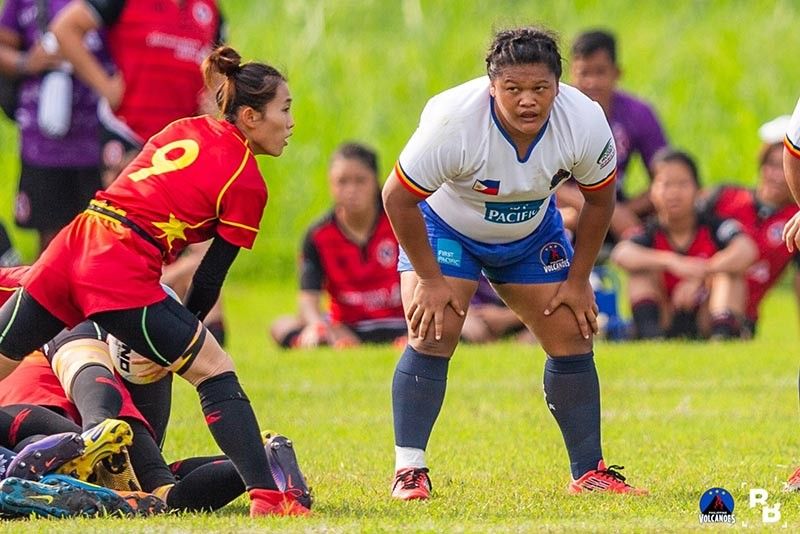 DABAWENYA Nova Belle Tega, one of four Davao City players who joined the Philippine Lady Volcanoes who lost to China in the finals of the Rugby Asia Women’s Championship Division 1 held recently at Southern Plains, Canlubang in Laguna, said she’s thankful for the experience.

The 26-year-old Tega, in a Facebook interview Thursday, June 27, said, “Malipayon ko nga nag-second mi sa 4 countries na niapil. Though sa finals, naglisud jud mi sa among kalaban China kay mas athletic ug dagko sila sa amoa pero gipakita gihapon namo ang among makaya (I’m happy that we were second among four countries who competed. We really had a difficulty playing the Chinese because they were more athletic and bigger than us but we still showed what we can do).”

Tega, who was a varsity thrower way back in college then later engaged in dragonboating, started playing rugby football in 2017 but only joined the Philippine Lady Volcanoes national team April this year.

“It was a great honor to represent our country kay dream jud kaayo nako ni dati pa maskin katong gadula pako ug track and field. Katong pagkahibalo nako na selected ko for the team, super excited kaayo ko sa tanan nga mahitabo sa tournament (It’s been my dream to play for the country even before when I was playing track and field. I was very excited when I learned I was selected for the team),” she said.

She added that it was a great experience to play against international teams and that she learned so much from their coaches and her teammates being a newbie in the squad.