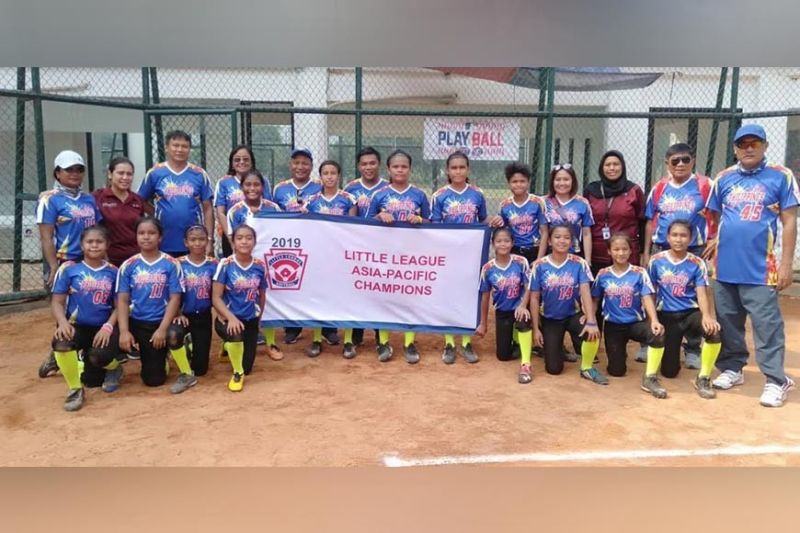 The Little League Philippine team, composed of 13 ETCS-I pupils, was declared the Asia Pacific Regional champion Saturday in Indonesia. They will represent the region to the2019 Little League Softball World Series championship in Portland, Oregon in August. Joining them in this photo are their coaches. (Contributed photo)

This, after the 13 ETCS-I pupils, aged 11 to 12, who composed the Major Softball Philippine Team, beat China in their final match Saturday [June 22] at the Little League Softball Asia Pacific Regional Tournament in Jakarta, Indonesia, earning them the right to represent the Asia Pacific region in the World Series.

Leonardia said, “We congratulate the ETCS pupils for their impressive victory. Beating all the rest in an international tournament is no ordinary feat. We are very proud of them. We wish them the best in their future competitions.”

The team, mentored by Lizviminda Jalandoni, was unbeaten all throughout the tournament. They won against Indonesia, 23-0, in the elimination round; against Hong Kong, 15-0, in the semi-finals, and against China, 17-0 in the finals.

The ETCS 1 Little Leaguers also represented the country to the World Series last year after winning the Asia-Pacific championship in Singapore.