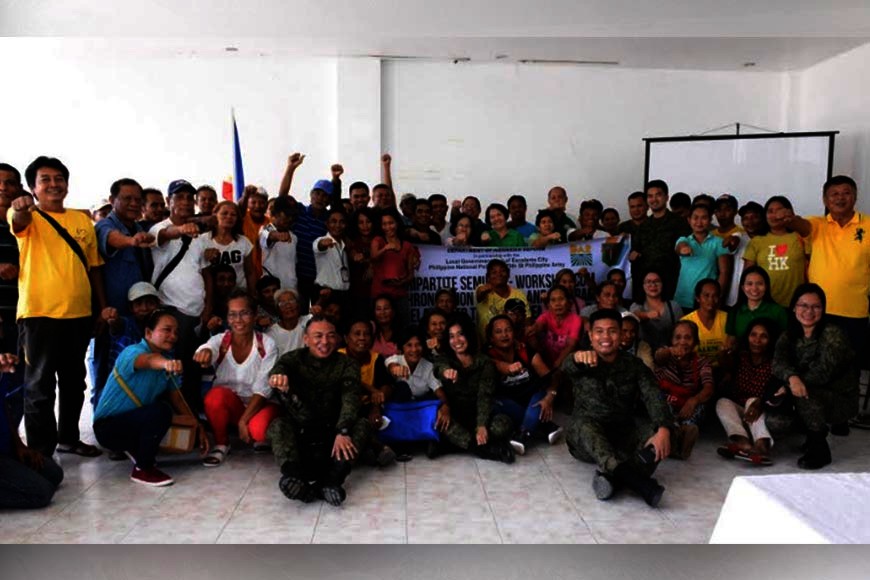 NEGROS. Agrarian reform beneficiaries from Escalante City and other participants of the two-day seminar on "Synchronization of Plans and Programs in Carp Implementation" at Balay Kauswagan in Sagay City recently. (Contributed Photo)

THE Department of Agrarian Reform (DAR) in Negros Occidental - North recently conducted a tripartite seminar-workshop on synchronization of plans and programs relative to the implementation of Comprehensive Agrarian Reform Program (Carp) in Escalante City.

A two-day activity held at Balay Kauswagan in Sagay City was participated by 115 agrarian reform beneficiaries (ARBs) from different barangays of the northern Negros Occidental locality.

It was in coordination with the city government, 79th Infantry Battalion (IB) of the Philippine Army, and Philippine National Police.

DAR-Negros Occidental I, in a statement, said the activity aims to discuss issues relative to the implementation of Carp.

These included the role of the military and police in ensuring the security of farmer-beneficiaries, and the need to align the measures of the agency and city government.

The planning session also included workshop on strategic formulation to counter insurgency as this poses threat to the community, it said, adding that concerns on Carp coverage process were also discussed.

DAR - Western Visayas Regional Director Stephen Leonidas, who spoke at the seminar, stressed the importance of active participation of ARBs in the planning and designing of projects and programs to better address their needs.

"ARBs are fortunate that projects and services are now being delivered right at their doorsteps," he said, urging the farmers to cooperate for the program's success.