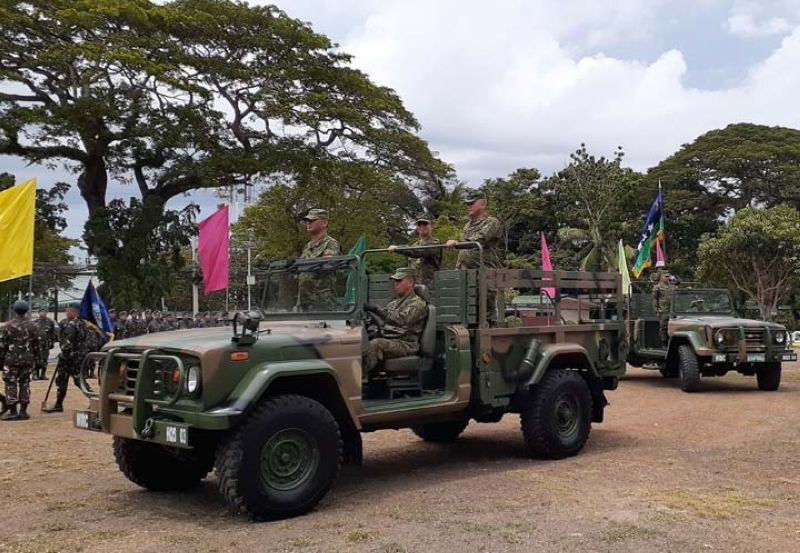 A MEDAL valor awardee and seasoned officer has been assigned as the 11th commander of the Western Mindanao Command (Westmincom), which has jurisdiction over the western part of the southern Philippines area.

Installed by General Benjamin Madrigal, Armed Forces chief-of-staff, to head the Westmincom is Major General Cirilito Sobejana, the current commander of the Army's 6th Infantry Division based in Awang, Maguindanao.

Sobejana has replaced Lieutenant General Arnel Dela Vega, who vowed out of military service nine months before he is to reach the mandatory retirement age of 56.

Sobejana is a member of the Philippine Military Academy (PMA) class of 1987, while Dela Vega is of the PMA class of 1985.

Madrigal has ordered Sobejana to fully support the Bangsamoro Transition Authority in attaining peace and development in the area of the Bangsamoro Autonomous Region in Muslim Mindanao.

Madrigal also ordered Sobejana to "finish off" the problem of Abu Sayyaf bandits and Daesh-inspired group.

Sobejana said he will address and try to eliminate the Abu Sayyaf bandits "by the end of the year," citing "that instruction has been specified by President Rodrigo Duterte."

"We have a template to follow to finally to put an end to the menace of terrorism particularly in Sulu," Sobejana said.

Dela Vega said he decided to retire early to give the opportunity to his junior officer to lead the Westmincom.

Dela Vega also said that he wanted to spend more time with his family.

"I enjoin every soldier, sailor, marine, and airman of this command to continuously endeavor to adhere to the interplay of security, development, and good governance as the main component of our strategic framework in addressing the different threats and threat groups confronting the region," Dela Vega said.

Meanwhile, Mayor Maria Isabelle Climaco-Salazar expressed gratitude to Dela Vega for his commitment to service that ensured safety and security in Zamboanga City and the neighboring areas.

She said Dela Vega's leadership and strong collaboration with the police and local government units particularly in Zamboanga City has contributed to the successful efforts in anti-piracy, anti-kidnapping, anti-smuggling and other forms of lawlessness. (SunStar Philippines)