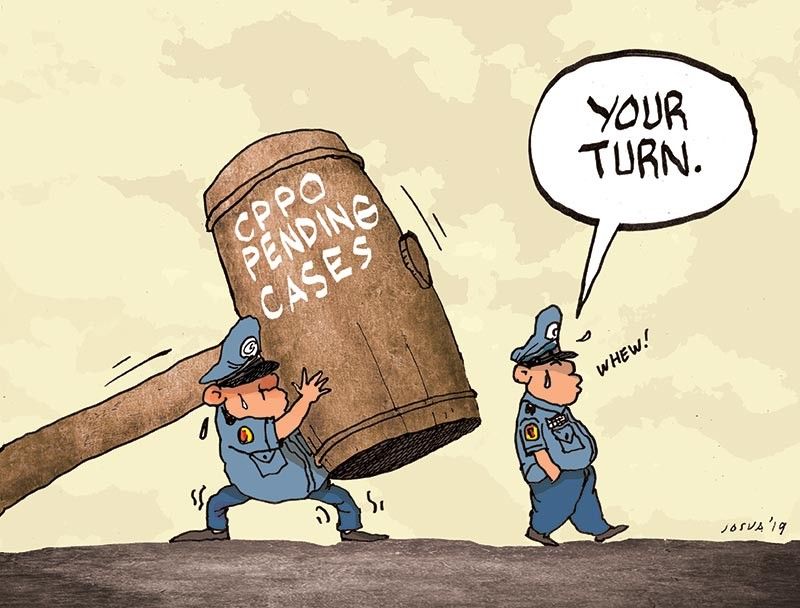 A BACKLOG of unsolved cases. That’s what newly installed Cebu Police Provincial Office (CPPO) Director Col. Roderick Mariano will have to deal with in the next few months.

The oldest one is three years old.

PO2 Ryan Casiban of the Cordova Police Station was found dead with a bullet wound in the head in Barangay Agus, Lapu-Lapu City on Aug. 12, 2016, two days after he disappeared.

Casiban might have been one of the first casualties in the government’s war against illegal drugs and its attempt to cleanse police ranks of scalawag cops.

Someone wanted him silenced. And silence him they did, but not before he implicated two high-ranking officials in the illicit trade: retired Deputy Director General Marcelo Garbo and Daanbantayan Mayor Vicente Loot, who used to head the CPPO and was deputy for operations of the Police Regional Office 7.

“I want to write what is justice for all to stop all illegal drugs. God is in me,” Casiban wrote in a police blotter before he disappeared.

Garbo is reportedly living abroad. As for Loot, he has since retired from politics, opting not to run for reelection in last month’s midterm polls. It is not known if he is still in the province or in the country. He has managed to stay under the radar.

Incidentally, one of the unsolved cases involves the botched ambush on Loot and his family in May last year.

They were about to alight from a pump boat in the New Maya Port in Barangay Maya when five men opened fire at them. Loot’s household workers who had gotten off first were hit, but they survived.

Loot knew that his life was in danger and was prepared for any eventuality. “May nag-alarma na sa ako (Someone had alerted me to it),” he said.

No arrest has been made. Not on the Casiban case. Or on the attack on Loot’s family. Or on the 13 other cases.

Colonel Mariano has said he will check their status before he meets with incoming governor Gwen Garcia on Monday, July 1, 2019.

Apparently, the investigations have been hampered by the lack of evidence or witnesses.

But by the looks of it, these 15 cases will end up in the filing cabinet, to gather dust among other cold cases. And soon enough, Cebuanos will forget they ever existed.