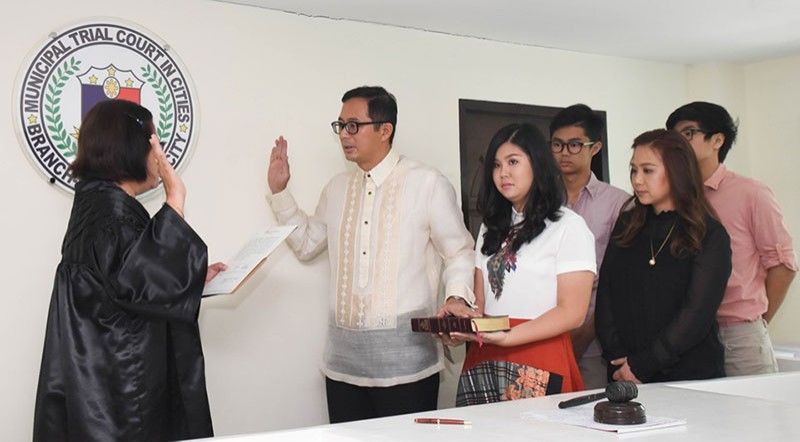 TACLOBAN. Tacloban Vice Mayor Jerry Yaokasin takes his oath of office in the presence of his family in the city. (Contributed photo) 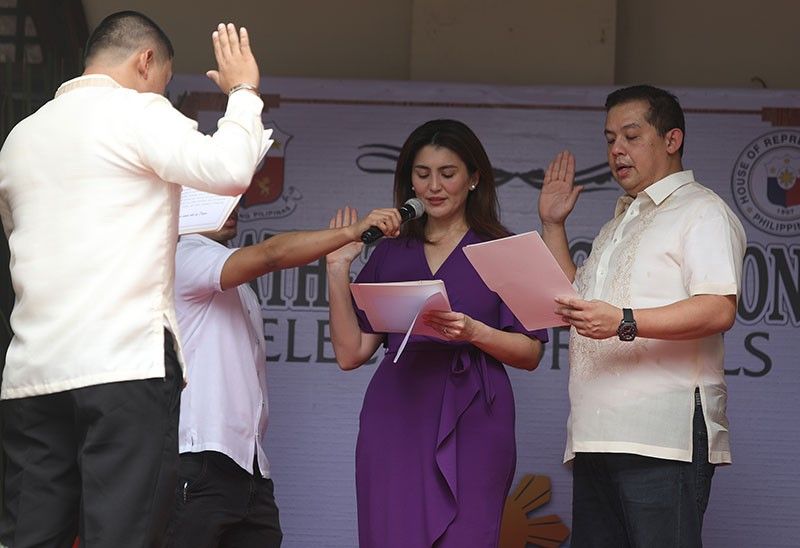 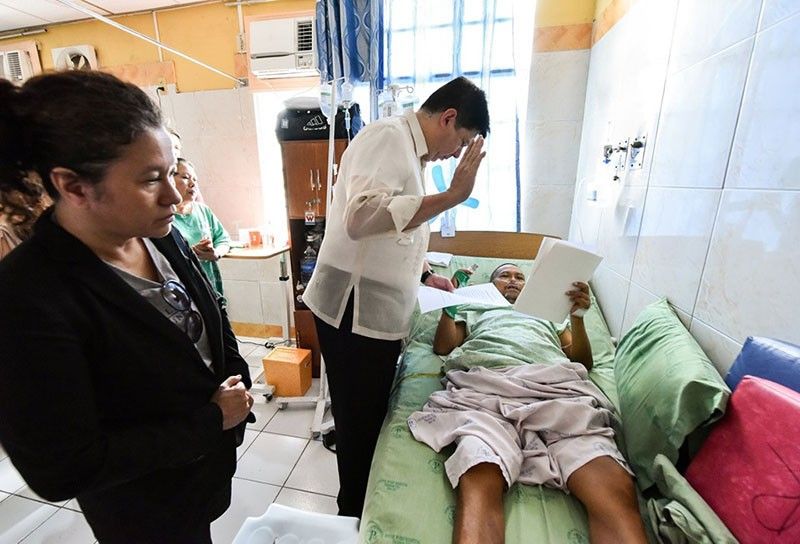 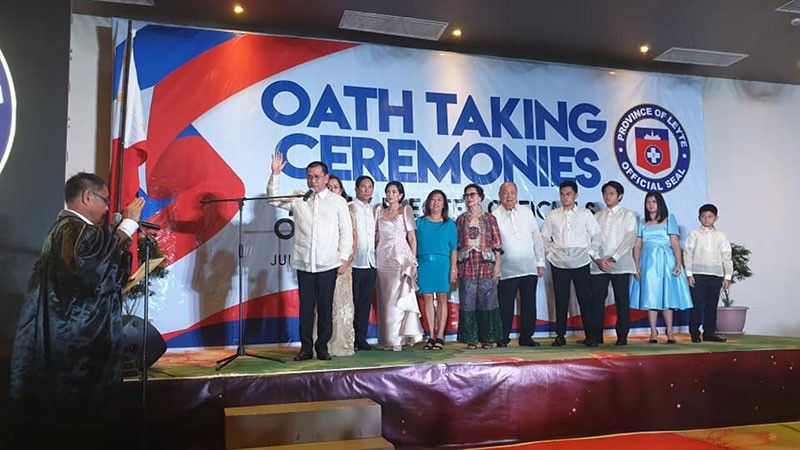 NEWLY-ELECTED officials in Leyte and Tacloban City were sworn into office in separate venues Saturday, June 29.

Leyte 1st District Representative Ferdinand Martin Romualdez and his wife Representative Yedda Marie Romualdez of Tingog party-list together with other Tacloban councilors took their oath of office at the historic Price Mansion in Tacloban.

While the other elected officials in different districts and municipalities in the province led by re-elected Governor Leopoldo Dominico Petilla had their mass oath-taking at the Oriental Leyte Hotel in Palo town, some 13 kilometers away from the city.

“I would not be here without you. It’s an honor and privilege to be back to serve you,” said Romualdez, president of the Philippine Constitution Association (Philconsa).

“I honor you as I honor God. I will serve you faithfully...This is my dream, my objective, my vision, we will make Leyte First the number one,” said Romualdez who took his oath before Tacloban Captain Cyril Malinao of Barangay 54

Romualdez, who was reported to be as strong contender in house speakership, called on his constituents to support them as they will continue their legislative works.

According to the lawmaker, he and his family were humbled by the honor given to them by the public.

“I just want to tell you this, I will never get tired of serving you. Leyte is my top, my first priority,” he said.

His wife, Yedda, also expressed her gratitude for the trust given to her as Tingog party-list representative.

The said party-list vowed to bring the voice for regional development in the 18th Congress.

“We’ll look at the present set up and target. There will be changes in everything that needs changes,” said Tacloban City Mayor Alfred Romualdez on his first-order-of-the-day at the City Hall.

“My demands are very high. I set high standard. I expect hard work...Rest assured, we will push for sustainable development and social programs for our people,” he told the reporters.

Romualdez, who is replacing the post of his wife, outgoing Mayor Cristina Gonzales-Romualdez, reminded the city workers that he will be expecting much from them in their job under his watch.

Romualdez, who took his oath before Barangay Chairman Alden Villarmino inside his hospital room, said he will “strengthen the social services” in Tacloban.