Forest guards to ensure no insurgents 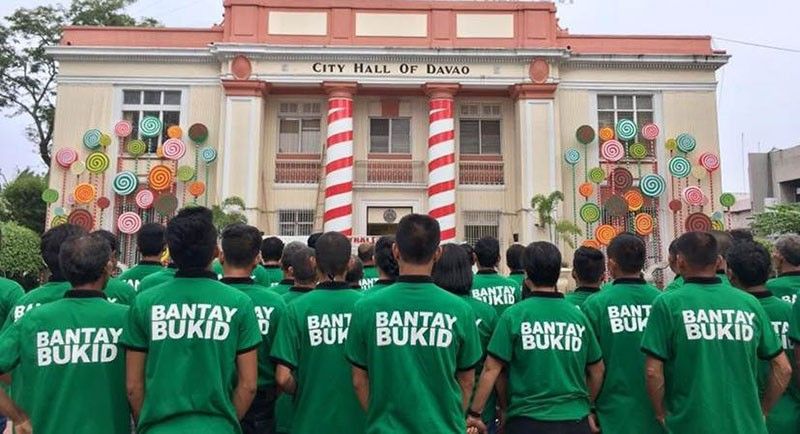 EVEN with a serious task at hand of reporting environmental violations, the Bantay Bukid forest guards will now also ensure that Davao City’s next water source will not be invaded by any insurgent groups.

Bantay Bukid volunteers are living in indigenous communities who are recognized by the city government to regularly patrol the city’s watersheds to report environmental violations.

At present, there are 70 Bantay Bukid volunteers deployed at the Panigan-Tamugan watershed, the city’s next source of potable water through the Davao City Bulk Water Supply Project (DCBWSP).

Angel Sumagaysay, Davao City Public Safety and Security Command Center (PSSCC) deputy head, said the forest guards will be helpful in monitoring insurgent presence although the city has not yet received any reports near the water source.

“Unta dili gyud (nila hilabtan atong watershed). Pati sila muinom man og tubig. Maong awhag namo sa atong mga brothers and sisters na naligaw og landas, unta ayaw intawon hilabti atong watershed (I hope they will not dare touch our watersheds because everyone will be affected, including them, as they also need water for drinking. That is what I’m appealing to our fellow brothers and sisters in conflict with the law),” Sumagaysay said.

Cubero said these volunteers lack Personal Protective Equipment (PPE) and other monitoring gadgets to be used during inspections.

Sumagaysay, meanwhile, said the city is looking into adding more volunteers, adding that the local government is also planning to tap the barangay officials to help them in monitoring the watershed.

DCBWS is expected to provide 300 million liters of water consumption once it fully operates in the first quarter of 2021. It is a project of the Davao City Water District (DCWD) and Apo Agua Infrastractura, Inc. (AAII). (RGL)