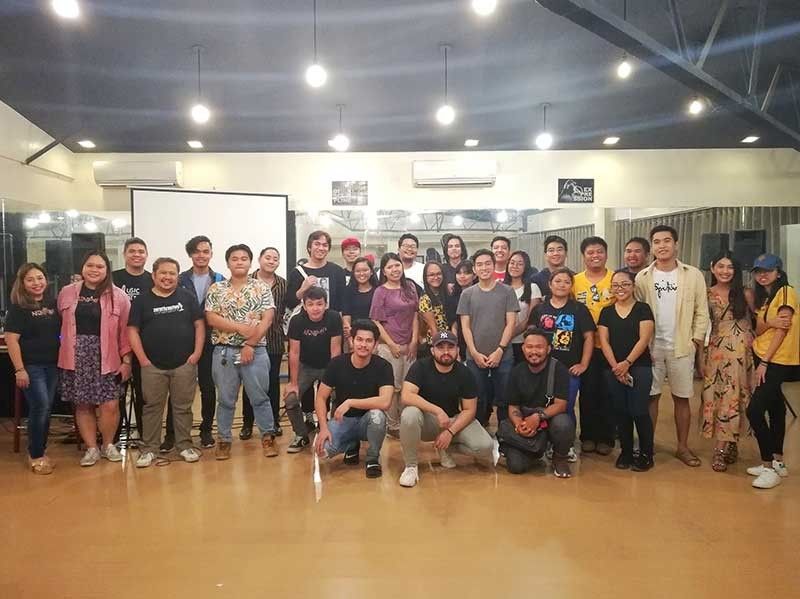 Participants of MinPop Bootcamp Davao, the first songwriter community event for the movement. (Photo from MinPop) 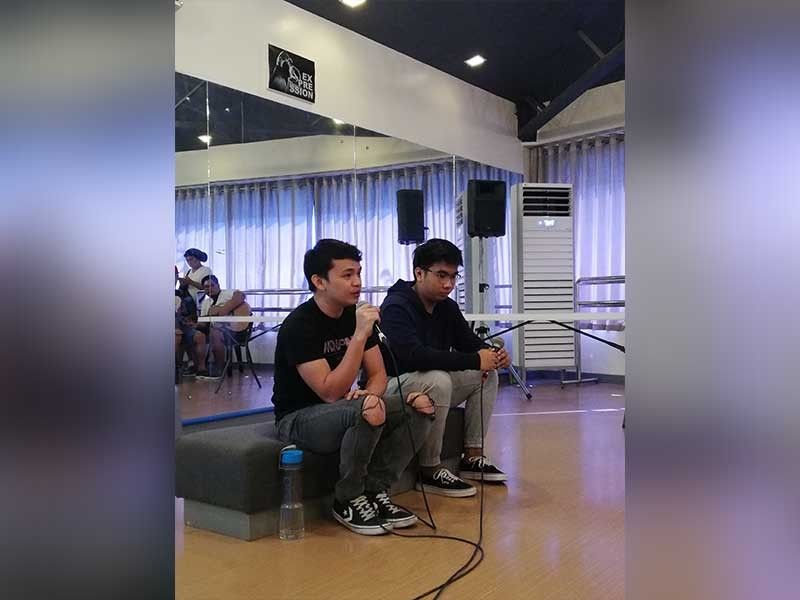 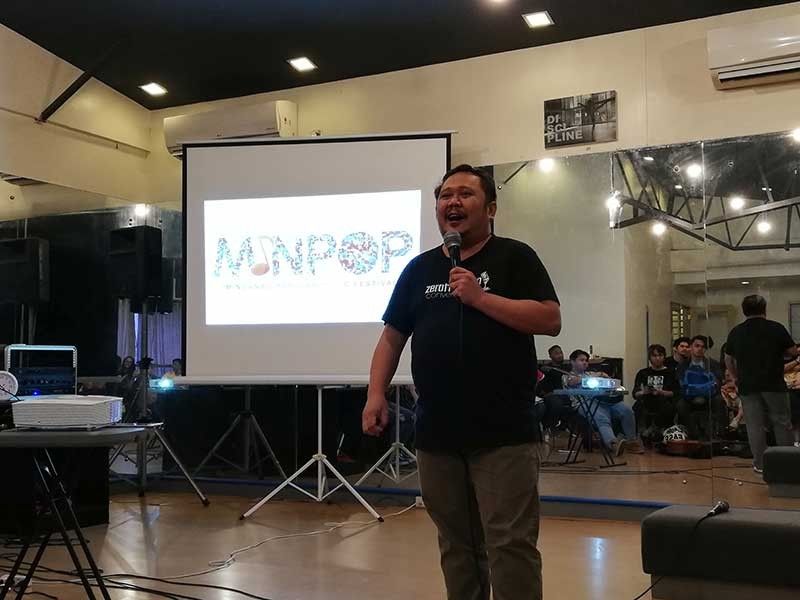 Jude Gitamondoc is a record producer and prolific songwriter behind the songs Hahahahasula and Pero Atik Ra. He co-founded Vispop and Bisaya Music Festival. (Photo from MinPop) 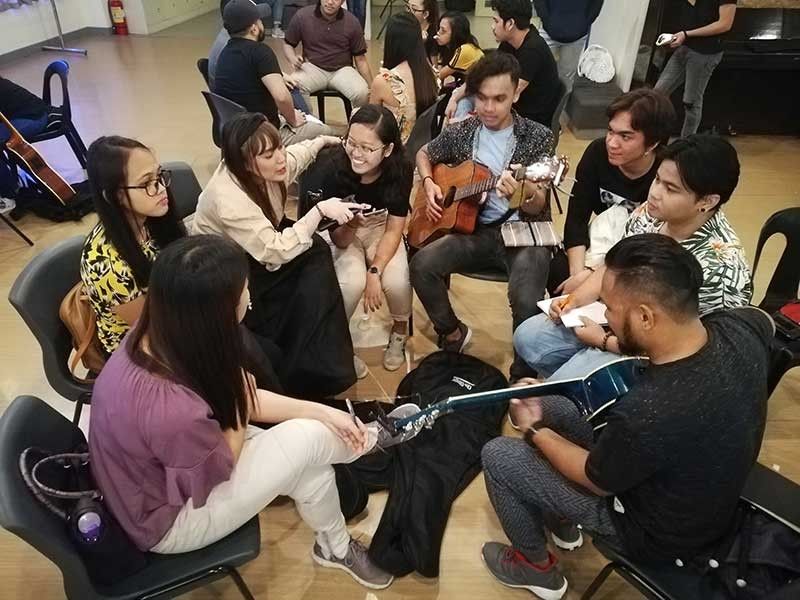 SONGWRITING CULTURE. While MinPop Bootcamp Davao seeks to bring music by Mindanawon artists to the mainstream, it also seeks to develop a culture of songwriting and a culture of our own music. (Photo from MinPop) 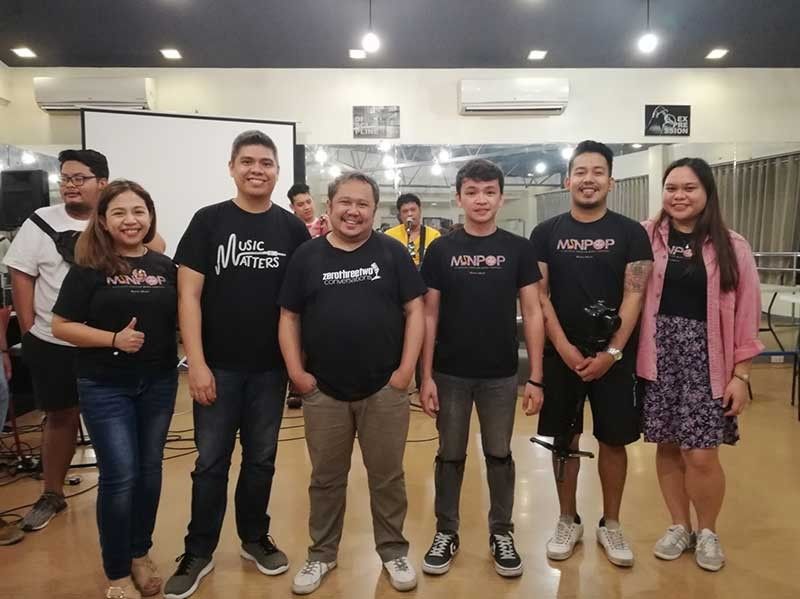 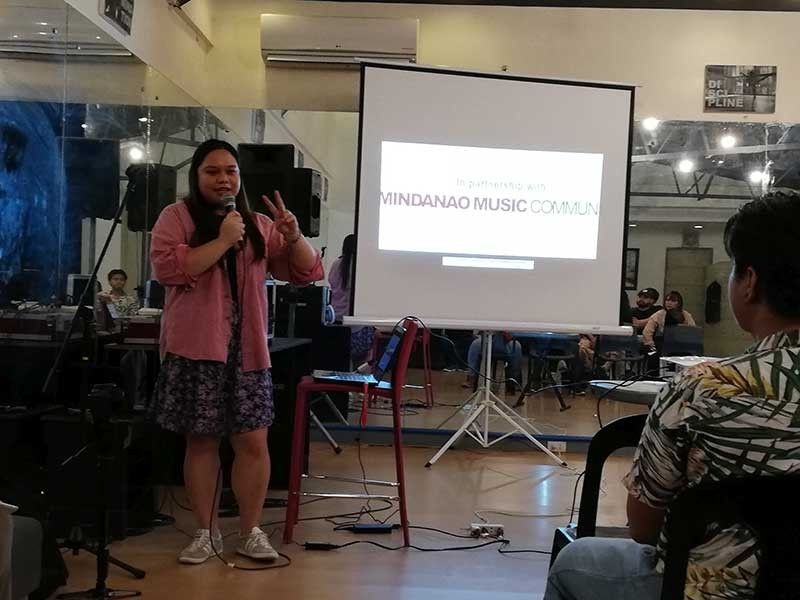 WHILE it may seem to some that the music scene in Mindanao may be lively as it is, Mindanawon musical artists continue to struggle to gain recognition and acceptance for their music.

While the island has its fair share of talented musical artists, many are still undiscovered in Mindanao’s underground music scene.

Philpop 2018 grand winner Chud Festejo pointed out how the music scene in Mindanao seems like an archipelago where each island has its own genre of music. For example, the reggae group would just stick to themselves just like with hiphop or indie would stick to their own clique.

Festejo said there is a need for them to have an open venue where Mindanawon musical artists of different backgrounds can come together and share their music.

Ronald Pedrosa, songwriter and member of the band Frost Rated, said one of the struggles of Mindanawon musical artists is the lack of acceptance from the Mindawons themselves.

“Mga tao sa Mindanao, dili kaayo open minded about accepting local music. Unlike sa Vispop, gi-embrace dayon sa mga tao (The people of Mindanao are not that open-minded when it comes to local music. Unlike Vispop, which was quickly embraced by many),” he said.

Anton Kintanar, songwriter and member of the band Vino, also said not many know about the local music scene in Mindanao.

However, Pedrosa pointed out that one cannot blame the listeners for their lack of acceptance or appreciation to original music from Mindanao. He said as songwriters, they have the crucial role of making quality music that will allow listeners to accept and love Minpop.

Kintanar said some musical artists are also not open to show their talent or present their songs. He said there are songwriters who write at the comfort of their bedrooms who are also as good as those who are in the mainstream music industry.

He also said as songwriters, at times, they struggle to make people understand about their music.

Kintanar said his band, Vino, had struggled to introduce their original compositions to their listeners.

“It was challenge for us to let people relate to our music,” he said.

As a means to bring the music of Mindanawons to the Filipinos and for more to gain appreciation of music by Mindanawons, a band of songwriters have began a movement that seeks to cultivate and nurture the music industry here.

A group of songwriters in Mindanao, mostly based in Davao City, have recently banded together to organize the first Minpop Bootcamp last June 15, 208.

To the eyes of some, this may look just an ordinary songwriting bootcamp. However, that is not the case. Their small step is for a greater purpose.

“The pop music here in Mindanao will not only be recognized here and the Philippines. We are talking about globally recognizing the pop music from Mindanao,” Chito Joseph de Castro, songwriter and Minpop PR head.

He said some songwriters here in Davao have thought about staging a bootcamp for Mindanawon songwriters for quite sometime now.

He said they got their inspiration from the journey of Visayan Pop Songwriting Campaign (Vispop), which started out small and has now evolved into a major songwriting campaign and competition.

“Many of the songwriters in Davao also want that for Mindanao,” De Castro said.

After the successful run of Mindanawons in last year’s edition of Himig Handog and the Philippine Popular Music Festival (Philpop), this fueled their drive to organize a songwriting campaign and competition in Mindanao.

Festejo said music industry leaders in Metro Manila have also been pushing the idea of a songwriting campaign here in Manila. This came after Vispop music penetrated the airwaves of Metro Manila.

“Nakaya nila sa Cebu and na curious mga taga-Manila. Kung kaya sa taga Visayas, kaya sa taga Mindanao (They got curious in Manila after the Cebu did it. If Visayas can do it, Mindanao can too),” Festejo said.

Festejo said while there have been some sort of songwriting events in Mindanao in the past, most of these would just happen during local festivals and does not usually cater to pop music.

It was also pointed out by the songwriters that there is a tendency for music to come out from Mindanao to have ethnic elements and sounds.

With Minpop, songwriters here would want to campaign for a much diverse and colorful music scene in Mindanao.

“Para mapakita pud (So we can show) that there is more to Mindanao than ethnic music. The culture in Mindanao is very diverse,” Kintanar, who is also a Minpop Bootcamp participant, said.

Pedrosa, also a Minpop Bootcamp participant, said what sets the bootcamp apart from other songwriting bootcamps he attended was the Minpop event was much more informative and detailed.

Kintanar added, “It is detailed a way that they did not hinder or tell us ‘Do not do this’ or ‘Don’t do what you are doing now’.”

He pointed out how they were encouraged to “hyper-localize” their songs.

“It (hyper-localized music) is a better way to show our story that will make us unique,” Kintanar said.

It was only through Minpop that Kintanar met with other songwriters in Davao City.

“Wala ko kabalo na daghan songwriters. It is eye-opening to see there is a community,” Kintanar said.

He said he hopes that through Minpop, more local musical artists will realize that there is a community that is ready to help them.

“Our goal really was to create a culture of songwriting, a culture of our own music. To be able to do that, we have to open up opportunities,” De Castro said.

Kintanar pointed out there are not much opportunities in the past where Mindawon musical artists can showcase their music.

“If given opportunity, it would help encourage listeners to appreciate our own music,” Kintanar said.

De Castro said they are starting small with the bootcamps, which seeks to gather the different songwriters in Mindanao.

“We believe dili ni siya meant for a few people lang mag start ani nga movement (Minpop) (The Minpop movement is not only to be started by a small group of people). We believe in Minpop that it is a community of songwriters who will work together to raise awareness on the Mindanao pop music,” De Castro said.

“They say, ‘It takes a village to raise a child.’ Kung child nato is Minpop, it takes a community to raise awareness for it,” De Castro added.

Festejo underscored how the campaign would further bring to the rest of the Filipinos the stories of Mindanao.

“Naa ta sarili nato nga stories through songs, through art (We have our stories to tell through our songs and art),” Festejo said.

Kintanar said Minpop will allow them to showcase to the Filipino listeners of the variety of music Mindanao has to offer.

In the long run, through the Minpop songwriting campaign, organizers want to make Minpop more mainstream than underground.

He said for now, they want to focus on the gathering and building the community.

“What is clear for now is there will be a series of boot camp to gather the songwriters to reignite their passion for music and share the goal to raise awareness for Mindanao music,” De Castro said.

He said their biggest Minpop event is slated in 2020 where they will be staging the first Minpop writing competition.

“I can say that I have lost hope in the past few years, I have submitted entries in few competitions. Knowing that Minpop is here with its discussions that are very helpful, murag nabalik akong inspiration (I now have an inspiration),” Pedrosa said.

De Castro said now is the perfect time for the sound of Mindanao pop to rise up.

“This is a perfect time for Mindanao pop to rise up. It takes local songwriters to rise up para ipagawas ilang voice, ipagawas ilang songs (To let out their voice and their songs,” De Castro said.