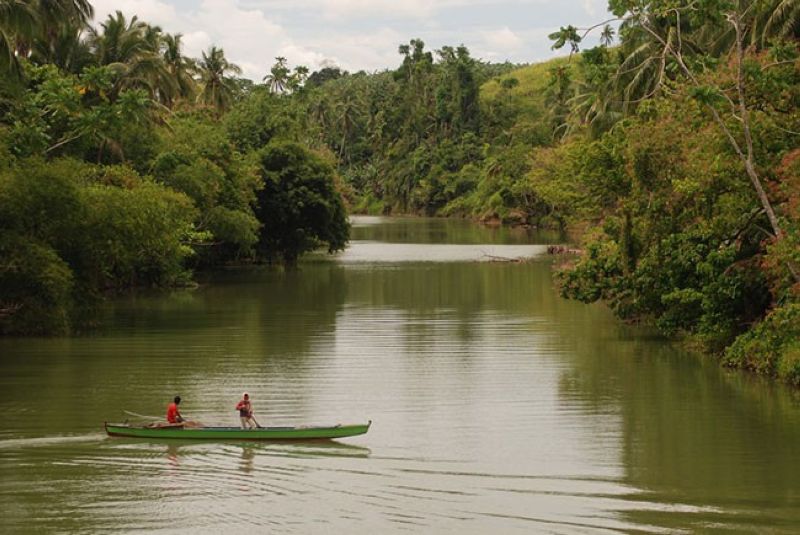 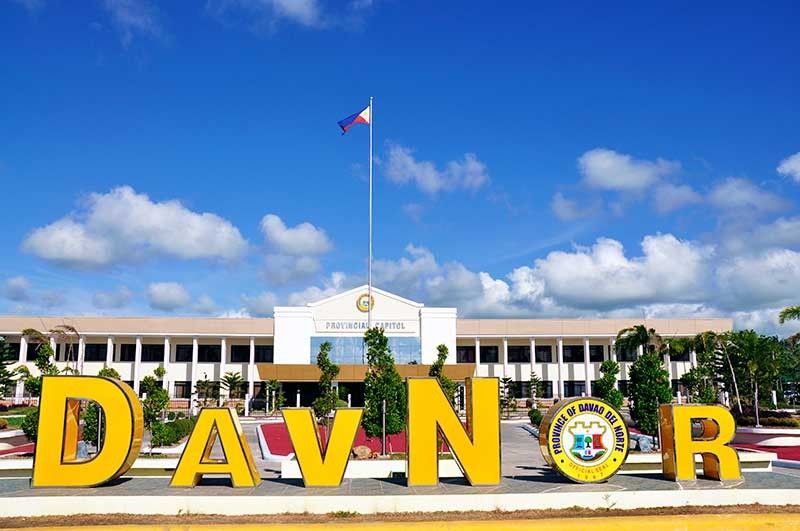 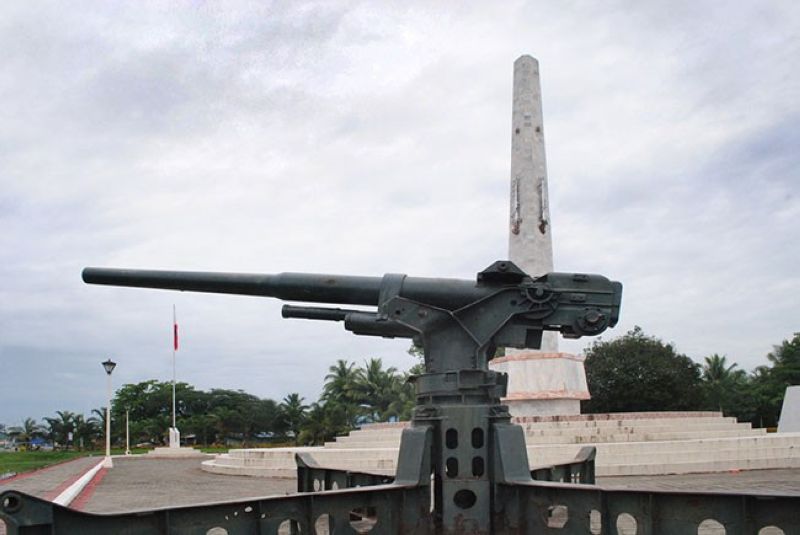 This original mother province was split into three: Davao del Norte, Davao Oriental, and Davao del Sur when Republic Act No. 4867 (authored by Representative Lorenzo S. Sarmiento, Sr.) was signed into law on May 8, 1967 by then President Ferdinand Marcos.

When it was created, Davao del Norte was composed of 13 municipalities, namely: Asuncion, Babak, Compostela, Kapalong, Mabini, Mawab, Monkayo, Nabunturan, Pantukan, Samal, Sto. Tomas and the former towns of Tagum and Panabo. Six additional municipalities were created on May 6, 1970, to include the towns of Carmen, Kaputian, Maco, Montevista, New Bataan and New Corella. By 1996, the province had a total of 22 municipalities, with the creation of San Vicente town (now Laak) in 1979, Maragusan in 1988 and Talaingod in 1990.

With no office building of its own upon its creation, the new province temporarily used the mezzanine floor and the spaces below the grandstand of the old Municipal Gymnasium located at the back of the then old Municipal Hall of Tagum. Other offices of the province had to use the Ymalay and Cervantes buildings along Mabini Street.

Under Boiser’s term, the early infrastructure development of the province was given a big boost with funds from the Ministry of Local Government and Community Development (MLGCD) and the United States Agency for International Development (USAID). Opening up of access roads and potable water systems were given priority under the Rural Roads Program (RRP) and the Barangay Water Program (BWP), respectively.

Governor Gregorio R. Dujali served as the second Local Chief Executive of the Province, from July 1977 to March 31, 1986. His administration was credited for giving premium on agricultural development. One of the significant projects was the “Pagkain ng Bayan”, a demonstration/model rice farm administered by the Provincial Government, which also generated income for the province. This economic enterprise was later expanded to include the production of other agricultural products. The “Pagkain ng Bayan” site has been the venue of several agricultural and livelihood trainings jointly sponsored by the Japan-based Organization for Industrial, Spiritual and Cultural Advancement (OISCA) and the Province.

After the People Power revolution, President Corazon Aquino appointed Hon. Prospero S. Amatong as the third Governor of Davao del Norte on April 4, 1986. He eventually received his official mandate as elected governor on February 3, 1988, serving the province until 1998. His experience as a civil engineer provided the big push for the implementation of massive infrastructure projects that transformed the physical capital of the Province. During his term, Davao del Norte was identified as a pilot province for the government’s decentralization program, with a grant of P120 million intended for social, agricultural and infrastructure development. The province established its own pool of heavy equipment to cut its heavy reliance on private contractors in the implementation of projects.

With the implementation of R.A. 7160 or the Local Government Code of 1991, the active partnership of the non-government organizations (NGOs) such as the cooperatives in development undertakings hastened the progress of the province.

Consequently, Governor Rodolfo P. del Rosario was sworn into office as the first Governor of the new Province of Davao del Norte on July 1, 1998. He led the Province in attaining its vision of becoming a premier province. The governor put premium on the Minimum Basic Needs (MBN) approach to development to afford a better quality of life to the Dabaonons. He established the Technology and Livelihood Development Center (TLDC), Davao del Norte Investment Promotion Center (DNIPC), the Carmen District Hospital, Luntiang Paraiso Regional Rehabilitation Center and the ‘PhilHealth Para sa Masa’ program.

Gov. Gelacio P. Gementiza became the fifth governor of Davao del Norte in 2004, who continued the many programs and projects of his predecessor, particularly those geared towards poverty alleviation.

Governor Del Rosario reclaimed the governorship in 2007, with his RDR WHEELS development agenda that was aimed at addressing the infrastructure needs of the grassroots communities. In 2010, he unfurled his human development agenda known as P.E.O.P.L.E. in order to put a human face to development.

Towards the latter part of his term, Davao del Norte consistently received the Seal of Good Housekeeping, which evolved into the Seal of Good Local Governance or SGLG, as symbol of integrity and excellence in local governance.

Among the impacts of del Rosario’s legacy are the face-lifting of the Provincial Capitol Building and Grounds, construction of the 58-kilometer Talaingod-Bukidnon Road and completion of the of the state-of-the-art Davao del Norte Sports and Tourism Complex that paved the way for its historic hosting of the “best-ever” Palarong Pambansa 2015. Another great milestone of his administration is the launch of the Davao del Norte Learning Institute (DNLI) that offers specialized diploma, baccalaureate and master’s degree courses to raise the academic qualification and capability of govern.

In his last term as governor, del Rosario refined the priorities of his administration by intertwining his six-point agenda with the four dimensions of disaster risk reduction and management (DRRM) and climate change adaptation (CCA) approach. He launched the Oplan A.N.D.A.M. (Advocacy on Natural Disaster Awareness and Management) program to promote a culture of safety and resiliency, particularly in the disaster-prone communities.

In 2016, del Rosario’s son, former 1st District Congressman Anthony del Rosario received the overwhelming mandate to continue the legacy of his father. He expanded the human development agenda of his predecessor to be known as the B.E.S.T. P.E.O.P.L.E. approach, in accordance with his “Abilidad at Malasakit” or “AMA” leadership branding. He launched the week-long BEST PEOPLE Festival of Services (FOS) to bring about a hundred government services to far-flung barangays.

The province also sustained its yearly Seal of Good Local Governance (SGLG), while earning the 2017 Galing Pook Award for the successful implementation of the Davao de Norte Community-Based Road Maintenance Contracting (CBRMC) program. Under his watch, the Province of Davao del Norte further achieved prominence as the most competitive province in Mindanao and the 3rd Most Competitive Province in the Philippines in 2018.

The story of Davao del Norte continues to unfold as it welcomes a new leader -- Edwin I Jubahib, who won the province’s gubernatorial race in the May 2019 elections.

With his eyes set on revolutionizing the provincial government’s delivery of basic services, Jubahib leads the Dabaonons in celebrating the 52nd Araw ng Davao del Norte with much hope and enthusiasm.

The people eagerly welcome the dawning of a new era, looking forward to a stronger province. (PR)