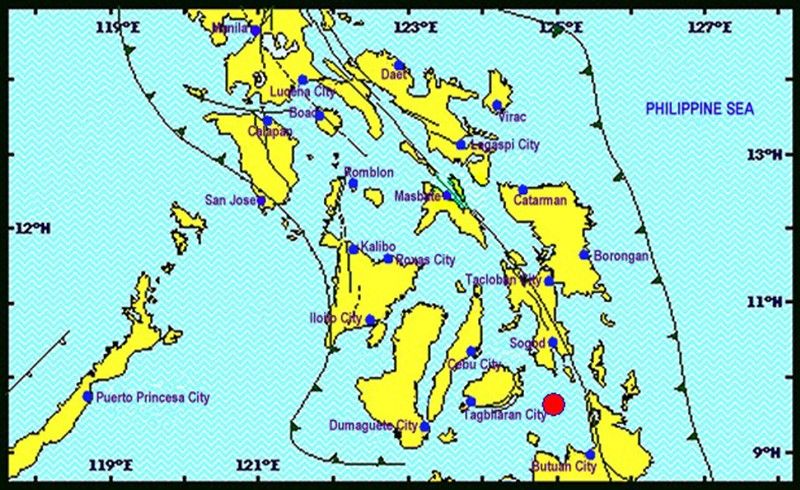 A MAGNITUDE 5.0 tectonic earthquake shook the Visayas and Northern Mindanao regions while residents were asleep at 3 a.m. Sunday, June 30, 2019.

The quake, centered near Limasawa Island in Leyte, was felt at Intensity III in Cebu City in Central Visayas and Mambajao town in Camiguin.

It was also felt at Intensity II in Palo, Leyte.

The Philippine Institute of Volcanology and Seismology (Phivolcs), in an advisory issued more than an hour later, said aftershocks were expected.

Instrumental Intensities, or measurements recorded by seismic instruments, were reported in the following areas: Intensity III in Gingoog City, Misamis Oriental; Intensity II in Bogo City, Lapu-Lapu City and Argao in Cebu as well as in Tagbilaran City in Bohol, Palo town and Ormoc City in Leyte; and Intensity I in Cagayan de Oro City. (MVI/SunStar Philippines)