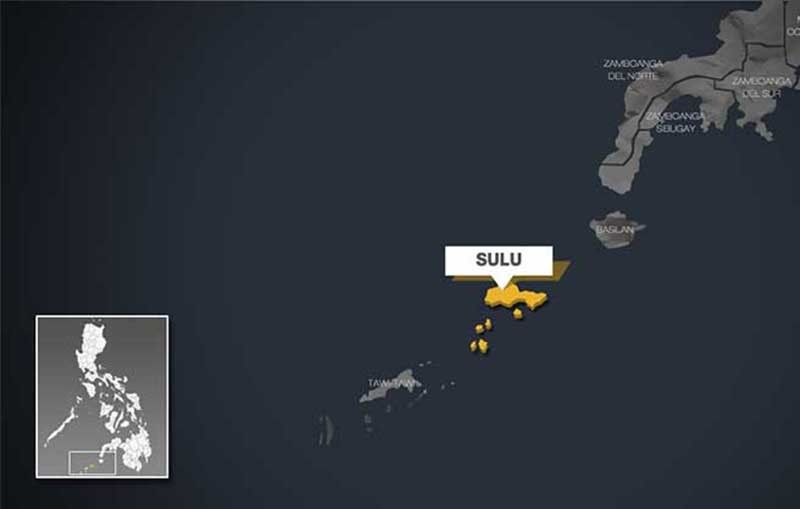 THE Department of National Defense (DND) urged the public on Sunday, June 30, to be vigilant in the wake of the suicide bombing incident that killed three soldiers and the two attackers in Sulu on Friday, June 28, 2019.

“The attack once again brings to the fore the importance of working together to prevent and counter violent extremism in our communities. As a nation, we must be adamant in our rejection of foreign extremist ideologies which aim to invalidate our gains towards achieving just and lasting peace in the country, particularly in Mindanao,” DND spokesperson Arsenio Andolong said in a statement.

“Rest assured that government forces on the ground are conducting a deeper investigation on the incident and will not stop until those who are behind it are caught or eradicated,” he added.

At least 12 other soldiers and civilians were wounded.

Armed Forces of the Philippines Western Mindanao Command spokesperson Major Marvin Encinas said the first bomb went off while the person carrying it was undergoing inspection at the gate of the said military camp.

The second suicide bomber was able to enter the police camp but was intercepted by troops before he could go inside the billeting area. He then detonated the bomb he was carrying.

On Saturday, AFP chief of staff General Benjamin Madrigal visited the troops at the site of the explosions and bestowed medals on the wounded personnel.

"We condemn the latest bombing in Jolo that victimized not only our soldiers but also civilians who were in the vicinity of the blast. Targeting soldiers and civilians whose only intention is to provide security and maintain peace in the communities is a cowardly act and deserves condemnation in the strongest terms possible," said Madrigal.

Madrigal said the three soldiers did not die in vain as they were able to save more lives after they detected and prevented the first bomber from getting inside the camp.

"We commiserate with the relatives of our troops and the civilians and we assure the wounded personnel of the utmost care and medical attention," he said.

The AFP is awaiting the result of the post-blast investigation being led by the Philippine National Police.

NCRPO Director Guillermo Eleazar said there is no specific threat in Metro Manila but they always consider it as potential target by terror groups as this is the center of commerce and trade and the home of most government agencies and departments.

“Although there are no threats detected within the National Capital Region but as a proactive means in response to this terror attack, the entire region is now placed under full alert status effective 6 p.m. Friday,” Eleazar said in a statement.

He also urged the public to be alert and vigilant at all times and immediately report any suspicious people or behavior of people in their communities to the nearest police station or the NCRPO text hotlines: Globe, 09158888181, and Smart, 09999018181. (SunStar Philippines)