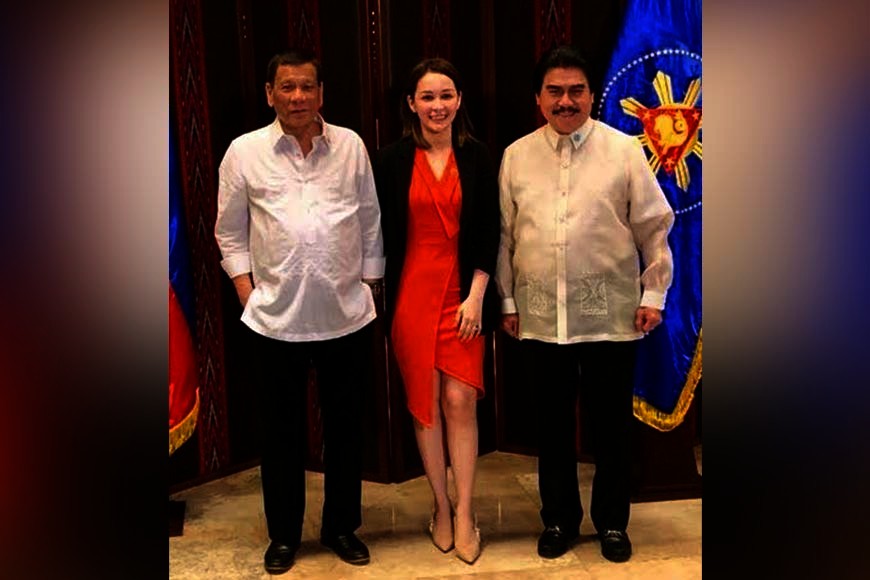 MANILA. Bacolod City Mayor Evelio Leonardia (right) was one of selected local officials who were invited to take their oath before President Rodrigo Duterte in Malacañang Tuesday, June 25, 2019. Joining them in this photo is Malacañang protocol officer Jasmin Egan (center). (Contributed Photo)

RE-ELECTED Bacolod City Mayor Evelio Leonardia was one of the select congressmen and local officials invited to take their oath before President Rodrigo Duterte in Malacañang Tuesday, June 25, 2019.

Leonardia was one of only two officials from Negros Occidental who were asked by Malacañang to attend the exclusive oath-taking ceremony. The other official was 1st District Rep. Gerardo Valmayor.

After the oath-taking, Leonardia and a few other officials were ushered to a private room for a photo opportunity with the President, where Duterte told Leonardia, “Add that to our friendship.”

The oath-taking at Malacañang was held a day after the thanksgiving party of Hugpong ng Pagbabago (HnP), chaired by Davao Mayor Sara Duterte, at The Peninsula Manila in Makati City.

The Davao mayor also invited Leonardia to the thanksgiving party. Both the President and his daughter endorsed Leonardia during the May 2019 elections.

It can be recalled that Leonardia’s Grupo Progreso forged an alliance with HnP to support its senatorial candidates. On March 25, GP also hosted the Bacolod campaign sortie of HnP at the Panaad Stadium with an estimated 15,000 supporters.

Bacolod was one of the few cities that hosted both the HnP and PDP-Laban rallies. (PR)