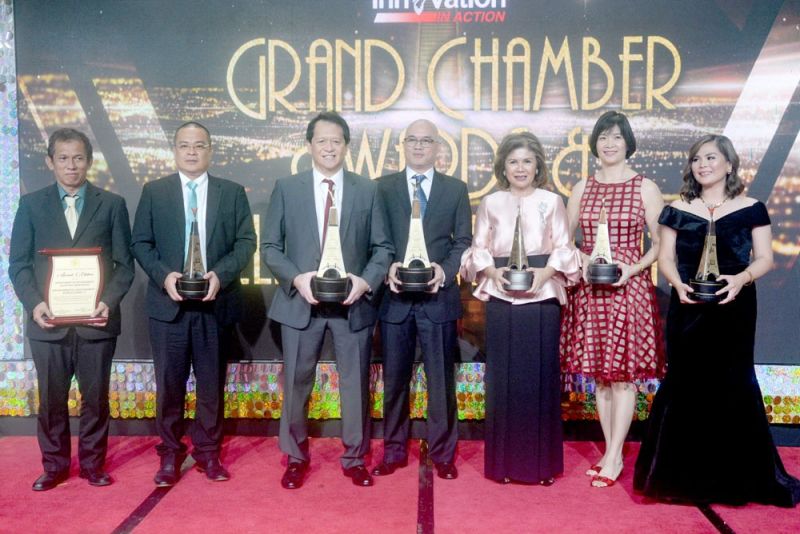 SIX entrepreneurs were recognized for their valuable contribution to Cebu’s economic rise during the Cebu Chamber of Commerce and Industry’s (CCCI) Grand Chamber Awards Night on Friday, June 28, 2019.

Steve Benitez, president of Bo’s Coffee, was hailed the Entrepreneur of the Year.

He helped introduced a new way of catching up with friends, conducting business meetings and studying over a cup of coffee, whose beans are locally sourced.

“I studied the coffee industry and the business for two years. I travelled abroad to join expos. I also did a lot of market surveys and feasibility studies only to find out the Cebu market isn’t really ready for the coffee shop concept. Cebuanos weren’t willing to pay but it was my unrelenting spirit that pushed me to still pursue the business idea. I was stubborn; entrepreneurs are stubborn,” said Benitez, in past interviews.

Fast forward to today, Bo’s Coffee is close to hitting its target of 200 branches in 2020. He recently expanded his homegrown brew to the Middle East.

Efren Uy, president and chief executive officer of F2 Logistics Philippines Inc., was given the Grand Chamber Award of Distinction.

As one of the country’s major leaders in logistics, Uy and his company has more than 2,000 employees, a fleet of thousand trucks and hundreds of warehouses for dry and wet goods nationwide.

“We deliver 80 percent of the country’s pharmaceutical industry, including marine products and 70 percent of perishables,” he said during a press conference.

The company, Uy said, has become an integral part of the Filipino household, transporting products for companies such as Jollibee, McDonalds, Procter & Gamble, 7Eleven, Sony, Samsung, Nike, Petron, Starbucks, Unilab and San Miguel, among others.

On the other hand, her love for the children and depressed communities earned Mariquita Salimbangon-Yeung the Socially Responsible Entrepreneur of the Year award.

She established MSY Charitable Foundation Inc. that builds health care centers in depressed barangays. The foundation also brought the US-based international project Operation Smile to Cebu that helps children with hare lips, cleft palates and facial disfigurements. The program has given operations to 6,000 patients since its first mission in 1998.

CCCI’s Countryside Entrepreneur of the Year was awarded to the president and owner of FDR Group of Companies, Paul Revalde, who contributed to the development of the “green” sports gymnasium in Naga City.

Revalde has contracted projects that are pro-environment. The gym was designed to look like a retreating turtle, in support of the efforts to save sea turtles, which have become vulnerable to unscrupulous fishermen.

Café Georg chef and owner Silvia “Bunny” Ludo-Alcordo was named the Small Business Entrepreneur of the Year for serving Cebuanos their favorite comfort food, including vegetarian food, which has become a big hit in the food industry.

“People have different dietary needs, and I want to be able to cater beyond the normal or usual offerings,” she said.

In its 19 years of operation, Café Georg has been well-loved by both locals and visitors alike.

Melissa Ann Lim-Young, managing director of Bubble Tea Station (BTS), was recognized as the Young Entrepreneur of the Year. BTS, which is one of the leading brands in the milk tea craze, has 26 branches in Metro Cebu. It is one of the biggest in terms of store count and market share in Cebu’s milk tea industry. “When I thought about opening BTS, I had no vision of what it would be. I had no idea that it would become what it is today,” said Young, referring to their strategy as they operated their first kiosk at the Banilad Town Center.