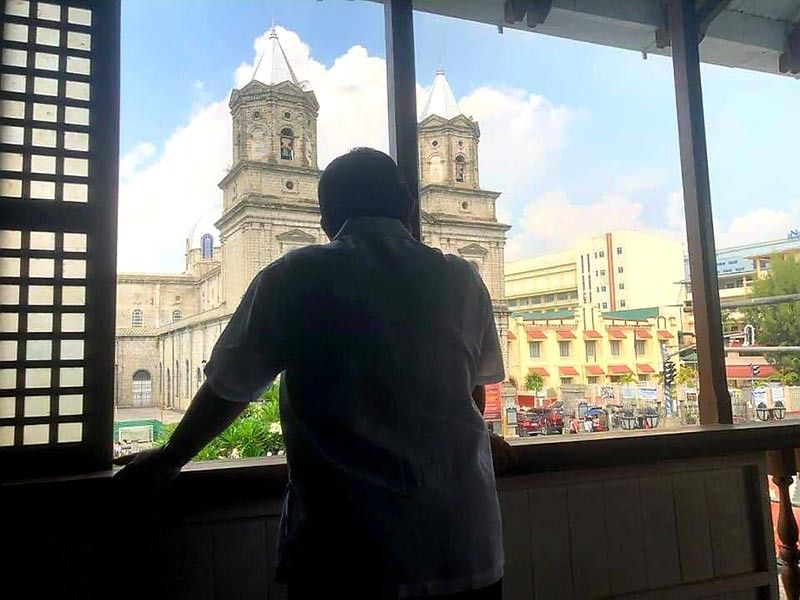 THE only five-term city mayor of Angeles, the outgoing president of the League of Cities of the Philippines, lawyer Edgardo Pamintuan recently visited the famous heritage district to make a final inspection of this tourism landmark as local chief executive of this highly urbanized city.

The creation of the popular Plaza Angel started when Mayor Pamintuan got rid of those ghastly cables, also called inedible “spaghetti wires” dangling along the facade of structures, obstructing the architectural view of the front. What seemed to be an impossible task was made at no cost. This prompted other institutions and local government units to start asking the mayor how he did it.

In celebration of Independence Day last 2012, the National Museum of the Philippines declared the “old municipio” - now called the Museo Ning Angeles - as an important cultural property.

When his plan of installing some cobblestone pavers along Sto. Entierro Street became public, there were mixed reactions initially. But when the project was finished together with the colorful dancing fountain, Plaza Angel became one of the most photographed and tagged locations in Angeles City. The landmark has been referred to as the “Vigan of Pampanga.”

Pamintuan’s determination to preserve the city’s rich culture, tradition and arts has earned numerous recognitions locally, and even the whole country, as evidenced by the consecutive awards given by the Department of Tourism.

EdPam did not stop despite the accolades. The Museo Ning Angeles which houses the first culinary museum in the country is undergoing renovation, a move that got the nod of the National Historical Commission.

The City Library is currently being recreated to add another floor in order to house an amphitheater on the top floor for theater plays, cultural presentations and other meetings. It was during Pamintuan’s term when the city library had the Kapampangan Cultural Heritage Center in order to strengthen his advocacy to promote and restore Kapampangan culture.

In addition to the building improvements, an elevator will also be placed for more convenient access, especially for senior citizens and persons with disability. The facade will also be changed to conform to the neighboring structures. The project is expected to be completed within the year.

Pamintuan brought Angeles back to the map of the world. More kabalen abroad have been booking flights to go back to the city to experience firsthand the unique ambiance of the heritage district.

EdPam’s term as the mayor was a phenomenon. The Angeleños will never forget him for his tangible works and even for the non-tangible deeds for the city and his constituents.

For more than 30 years, the 2012 Top 8 World Mayor will finally enter a private life. Pamintuan finishes his term knowing that what he promised has been delivered. (PR)