Belingon gets another shot at Bibiano 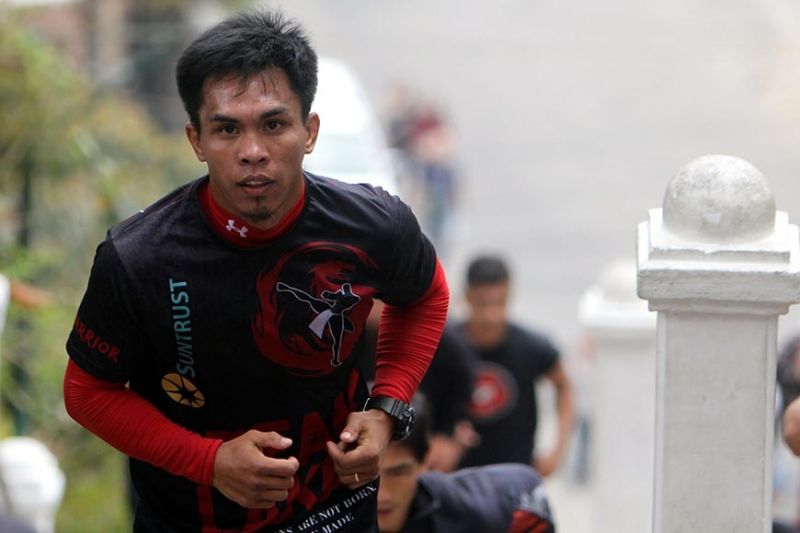 DAVAO. With his fourth rematch with Bibiano Fernandes set October 13, Kevin Belingon starts his build up as he seeks to reclaim the bantamweight world title. (Photo by Roderick Osis)

THE much awaited fourth rematch between Kevin Belingon and Bibiano Fernandes will finally take place on October 13 in Tokyo, Japan.

Chatri Sityodtong, ONE Championship chairman and CEO, announced Sunday evening, June 30, the fourth match between reigning bantamweight world champion Fernandez and former title holder Belingon will be one of the several bouts prepared for the second Japan show of the MMA promotions.

“ONE Championship will celebrate its 100th show by throwing the biggest event in history on October 13 in Tokyo,” wrote Sityodtong in his Facebook account.

The two athletes faced each other for the third time March 31 at ONE: A New Era, but the match-up came to an unsatisfactory end when Belingon committed an accidental foul in the third round.

His opponent could not continue, so the Team Lakay star was given a red card by referee Olivier Coste and disqualified from the contest.

“I was very disappointed when they gave me the red card – I think I was winning the first and second round. I’ll go back to training and prepare for my next fight,” Belingon said after the fight and vowed to reclaim the title once again.

Belingon claimed the bantamweight world strap in November last year in Singapore with a hard earned split decision avenging his 2016 defeat against Fernandes via a first-round submission (kimura).