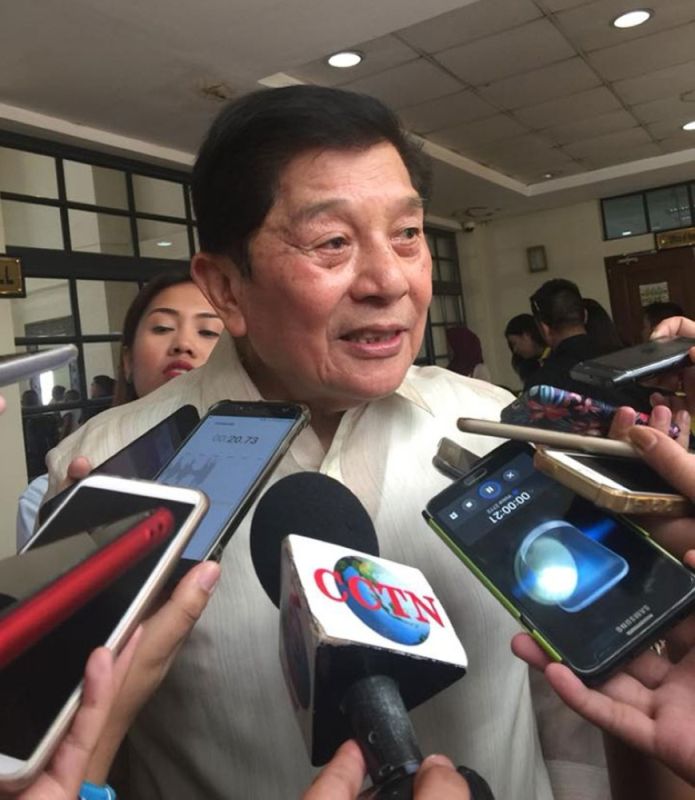 Congress will resume session on July 22 yet, when members of the House are also expected to choose their Speaker.

This early, however, members of the House are already hard at work.

HB 11 or the "Mega Cebu Development Authority (MCDA) Act" seeks to create a special body to coordinate and promote socio-economic growth and sustainable development within Metro Cebu and the Cebu province under the Mega Cebu 2050 vision.

Del Mar first filed the bill during the 16th Congress. He filed it again in the 17th Congress. The measure did not go past the committee on government enterprises and privatization.

HB 12 or the proposed "Freedom of Information Act" seeks to provide citizens access to official records, documents, and papers pertaining to official acts, transactions or decisions, and government research data used as basis for policy development.

"Access to public records means access to evidence vital to proving public officials accountable for wrongdoing. But more than that, it serves as a great deterrent to wrongdoing," Del Mar said in his explanatory note.

A version of the measure hurdled third and final reading by the House and Senate during the 14th Congress and was further approved by the bicameral conference committee during that time, Del Mar said.

However, the bicameral report was only ratified by the Senate as the House failed to achieve a quorum on the last session day of the 14th Congress.

Del Mar said he hopes the measure will be prioritized in the 18th Congress.

HB 13 or the proposed "Motocycles-for-Hire Act" seeks to amend Republic Act 4136 or the "Land Transportation and Traffic Code" to allow and regulate the use of motorcycles as public utility vehicles.

Del Mar first filed his version in the last few months of the 17th Congress.

More similar measures were filed in the 16th Congress, but these did not prosper. It was only in February 2019, during the 17th Congress, that the House acted .

Del Mar's measure was among three similar bills that were approved by the House, but substituted by a consolidated bill that was transmitted to the Senate.

In his explanatory note, Del Mar said the amendment will resolve the inadequacies of Philippine laws and promote the safety and welfare of people who patronage motorcycles-for-hire, also known as habal-habal or angkas.

"The absence of any law regulating the operation of motorcycles-for-hire or habal-habal or angkas runs counter to the policy of the State to ensure the safety and welfare of the public... This [bill] will ensure that operators and drivers will be held responsible for the negligent operation of their motorcycles. The same will likewise prevent abuse from owners, operators and drivers, thus ensuring low-cost transportation," Del Mar said.

Del Mar first filed this bill in the 16th Congress and re-filed it in the 17th Congress. The measure has been pending with the committee on transportation since 2016.

A similar measure was also filed by Cebu Rep. Gerald Anthony "Samsam" Gullas Jr. in the 16th and 17th Congress.

In his explanatory note, Del Mar said that even the construction and improvement of basic infrastructure such as roads, bridges, and flood control facilities will not be adequate in the near future given the projected growth in Cebu City and Metro Cebu and the increasing and widening areas of traffic.

"The common perception is that the traffic situation in the City of Cebu and Metro Cebu, considering the economic growth trends, population explosion rates, and migration factors, has already reached the level where a modern mass transit system must be put in place," Del Mar said.

Meanwhile, Lagman's HB 15 or the proposed "Human Rights Defenders (HRDs) Protection Act" seeks to institute mechanisms for the protection and promotion of the fundamental rights and freedoms of HRDs.

Lagman said in his explanatory note that HRDs in the country remain under attack despite international commitments and legal mechanisms at the domestic level, human rights and fundamental freedoms, and those who work to protect them.

"In light of the continuing intimidation, reprisal, harassment, and vilification of HRDs, and the growing culture of impunity, it is imperative for the Philippine Government to enact a law guaranteeing the protection of rights and fundamental freedoms of HRDs. The law must also clearly specify the obligations of public authorities to ensure the enjoyment of these rights and freedoms, and impose appropriate sanctions to counter impunity," Lagman said. (MVI/SunStar Philippines with a report from Ryniel Berlanga)