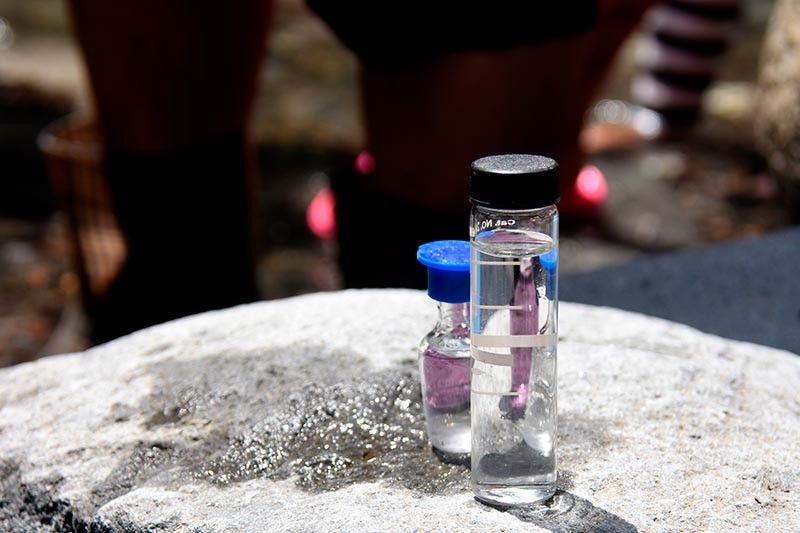 PROPONENTS of the Davao City Bulk Water Supply Project (DCBWSP) said that further test should be made to prove that harmful chemicals are present in the Panigan-Tamugan River.

In 2018, the group initially detected presence of mercury in the waters of the river. The Panigan area has a huge amount of detected mercury with 0.009 mg/L, while the Tamugan-Kidale portion has 0.003 mg/L, and Tamugan Junction with 0.002.

Both did not pass the water quality standards of the Department of Environment and Natural Resources (DENR) Administrative Order 2016-08, which is only maximum to an amount of 0.001 mg/L mercury.

Idis community organizer Rey Anthony Sapid said the group's study is still being validated and they are continuously monitoring the Panigan-Tamugan River.

The river has been dubbed as the "Davao's next drinking source" for the ongoing construction of the DCBWSP, a P12.6 billion-worth water project of the Davao City Water District (DCWD) and the Apo Agua Infrastructura Inc. (AAII).

However, AAII general manager Ones Almario said they are still uncertain over the accuracy of the test results.

"What they did kasi is a one time monitoring. We have to do a thorough study. One time test kasi might be, baka may error lang sa analysis or sa pagkuha. You can't really tell. If you have a robust set of data, then we could really decide," Almario said.

He said that AAII also conducted its own weekly monitoring studies since February this year wherein they were not able to trace harmful elements in the river.

Almario said that tests are being conducted in a laboratory in Davao City and one in Luzon to ensure that test results would be accurate.

Sapid, meanwhile, said ongoing operations of agro-industrial and agri-monoculture plantations (pineapple and banana) nearby the river continues to be a problem

He said these plantations are using chemical pesticides and herbicides which are carried out during heavy rains.

He also said the community-based monitoring and testing being made in partnership with the Bantay Bukid also cannot determine the kind of pesticides used by the nearby plantations.

Sapid said the Watershed Management Council (WMC) is currently working on a "phase out plan" for their complete stoppage of operation.

"We are aiming na ipatuman na 'tong phase out plan. Lisod nga naa gihapon magpabilin nga monocrop plantation ta's diha ta gakuha sa atong imnong tubig. (We are aiming for the passage of the phase out plan. It would be difficult to learn that there are existing monocrop plantation in the area wherein our watersource will come from)," he said, adding some plants are disposing their waste in the canals near the Panigan-Tamugan River.